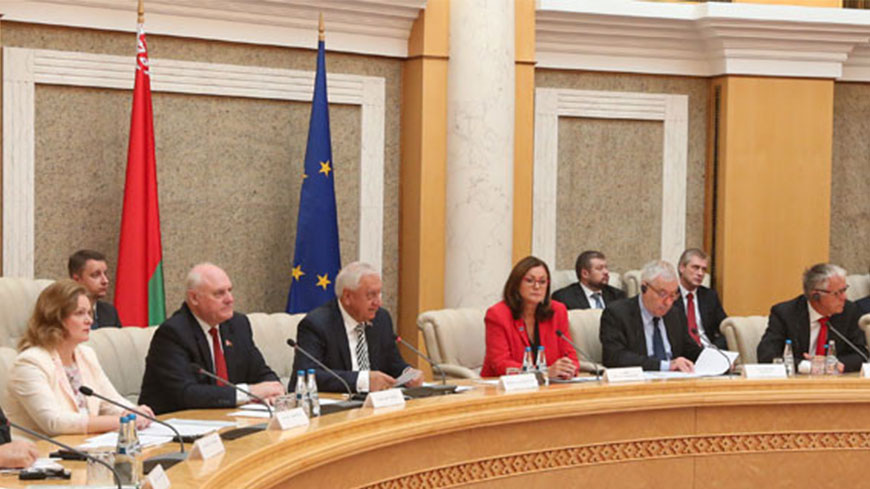 At the opening of the Round table held in Minsk, Belarus, on 12 September 2018, Congress President Gudrun MOSLER-TÖRNSTRÖM welcomed this initiative as “a good opportunity to establish the groundwork for a better decentralization in Belarus and to strengthen our cooperation in the field of local democracy”.

The Congress President presented the European Charter of Local Self-Government, which functions as a kind of "constitution for local authorities", one of the characteristics of which is its adaptability to European national systems.

“Belarus has already anchored local self-government in its constitution, which demonstrates a political will to establish local self-government in the country. The Congress is ready to contribute to Council of Europe Action Plan for Belarus and to support your country in its next steps towards greater decentralization,” she stated as she addressed the participants.

"Even though the 47 member states of the Council of Europe have ratified the Charter, let us be honest, much remains to be done to improve local self-government in all our countries", said the Congress President, stressing that through its experience in monitoring the implementation of the Charter, the Congress has identified several recurring issues that need to be improved in this field. "This shows that even if we have reached a certain political maturity, we still need to strengthen our democracies and, to this end, we must develop synergies and learn from each other," she concluded.