Polish and Ukrainian Delegations to the Congress: Signature of a Joint Declaration Adoption on co-operation consistent with the values of the European Charter of Local Self-Government 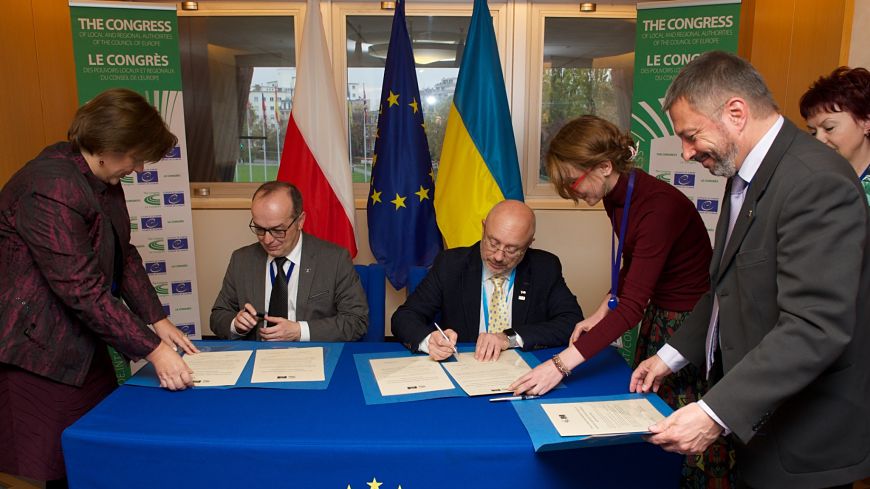 On the occasion of the 29th Session of the Congress, on 21 October 2015 in Strasbourg, France, Dariusz Wrobel, President of the Polish delegation, and Oleksii Reznikov, President of the Ukrainian delegation, have solemnly signed the Joint Declaration adopted at the meeting of the Monitoring Committee in Warsaw (Poland) on 17 September 2015. The Polish and Ukrainian delegations to the Congress declared that they:
- share the values of well-functioning local democracy and agree on the need for decentralisation of powers;
- wish to further develop their co-operation in order to improve the situation of local and regional democracy in their respective countries, drawing inspiration from their good practices.