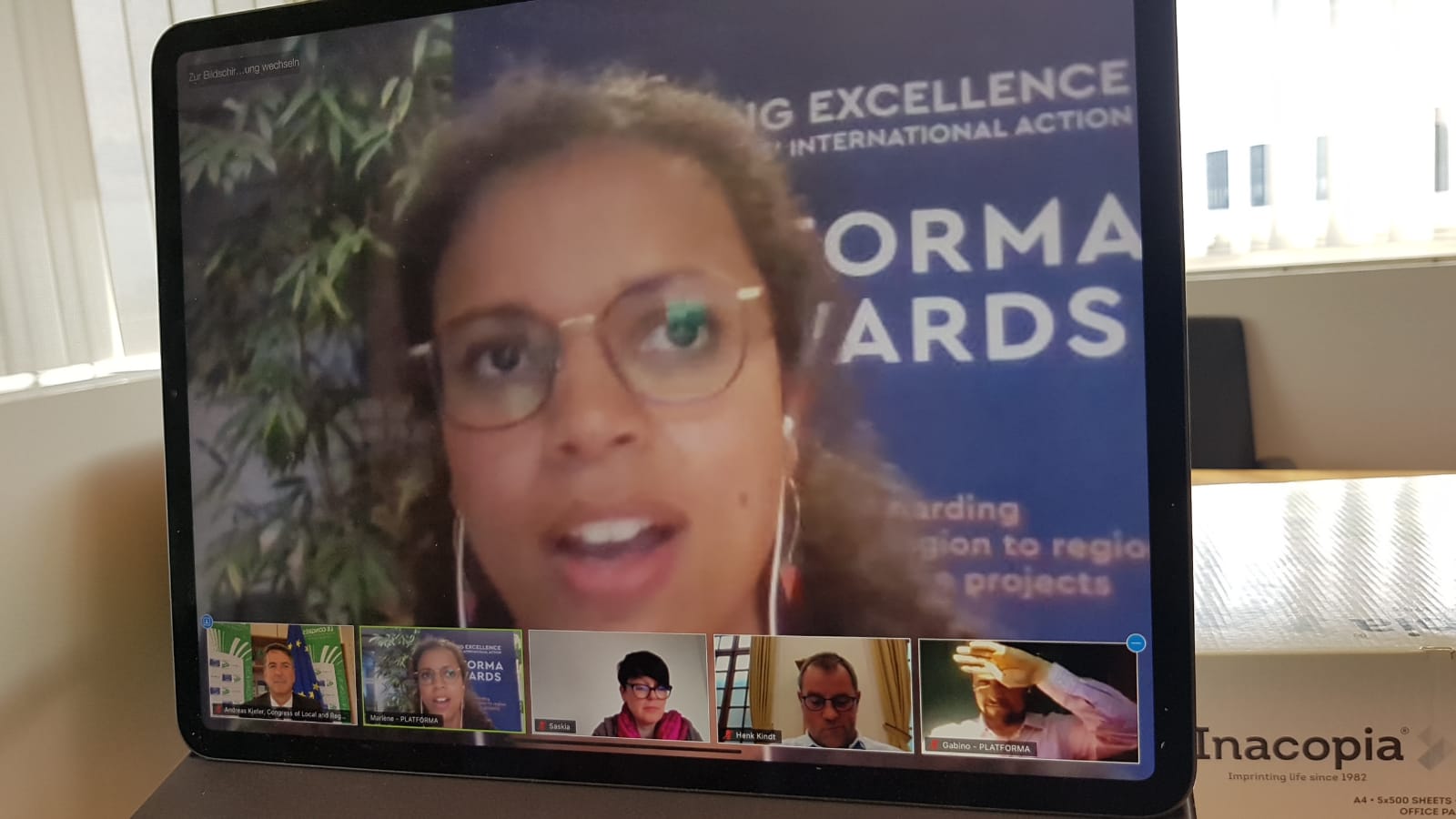 "International cooperation between local and regional governments enables better coordination of relations between the international, national, regional and local levels, as well as between regions and municipalities themselves,” stressed Congress Secretary General Andreas Kiefer at the PLATFORMAwards ceremony on 8 June 2020. "This is all the more crucial in times of crisis, such as that of COVID-19, which has hit many countries and communities hard. This model of cooperation is just as essential when it comes to finding answers to the challenges of climate change or implementing the UN Sustainable Development Goals," he added.

The Secretary General congratulated the awarded projects on making steps towards bringing the benefits of local self-government closer to citizens. According to Mr Kiefer, these concrete projects are a proof of humanity as they tackle challenges faced by all citizens alike. “We are concerned by the same problems and we are learning from each other how to face them,” he said. He underlined that these projects are a source of inspiration, that sharing brings us closer, and that work in this direction should be continued

"Decentralised cooperation also relies on international institutions such as the Congress of the Council of Europe," explained Andreas Kiefer. Not only these provide useful platforms where local and regional authorities can work jointly and share their experiences on a peer-to-peer basis, but they also set up a normative framework that enables decentralised international co-operation. This includes, in particular, the European Charter of Local Self-Government, a binding convention ratified by the 47 member states of the Council of Europe which is celebrating this year the 35th anniversary of its opening for signature.

The Congress of Local and Regional Authorities participated in the assessment of 26 projects on decentralised cooperation between municipalities across the globe.

The awarded projects are:

The Congress is responsible for the local and regional dimension of the Sustainable Development Goals (SDGs) within the Council of Europe. The Congress's approach is based on three key principles: achieving SDGs is the shared responsibility of all levels of government; local and regional authorities must have the necessary competences and financial autonomy to achieve the goals in their respective areas; citizens must always remain at the heart of the action. Implementing SDGs locally is crucial for achieving the objectives, as cities and regions are the places where the results will be felt most and they are major contributors to the success of the Agenda 2030.