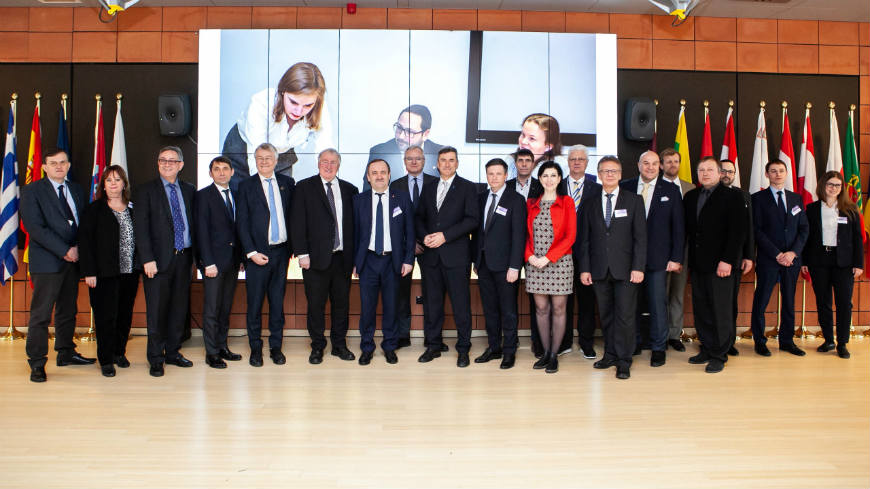 Political will and operational support, trust in institutions and a critical mass of reform-minded local leaders were identified as four key elements of successful implementation of the on-going reforms in Ukraine during the sixth meeting of the European Committee of the Regions' Task Force on Ukraine held in Brussels, Belgium, on 13 February 2019.

“Constitutional and legislative aspects are only one part of the decentralisation which will see no progress without capable and committed mayors, councillors and municipal servants. This critical mass of reform-minded local leaders exists in Ukraine, and the Congress stands ready to support building stronger institutions on local level both through its political and operational work, to make the decentralisation in Ukraine a success and irreversible,” stated Andreas KIEFER, Secretary General of the Congress of Local and Regional Authorities.

“The improved analytical capacities of national associations of local and regional authorities in Ukraine, coupled with the openness of national authorities, creates a precondition for the establishment of a genuine consultation mechanism, which needs to be pursued further.” With this statement, Secretary General of the Congress called upon Ukrainian stakeholders to foster a trustful dialogue that will allow for concerns of local authorities to be attentively considered by national institutions.

Mr KIEFER underlined the complementarity of the work of the Council of Europe and its Congress on the one hand and of the European Union and the Committee of the Regions on the other in supporting the Ukrainian government, parliament, regions (oblast), cities and municipalities.

On the ground, the Congress provides direct support to local authorities and their national associations through its co-operation activities, in particular through the project “Strengthening democracy and building trust at local level in Ukraine”. In addition, the Congress continues the political dialogue with the Ukrainian Government and will conduct the next monitoring mission on local democracy in Ukraine in November/December 2019 in order to assess the progress made.

The meeting of the Task Force Ukraine was chaired by Karl-Heinz LAMBERTZ, President of the Committee of Regions and co-chaired by Deputy Minister of regional development, construction, housing and communal services of Ukraine Vyacheslav NEHODA, and Markku MARKKULA, First Vice-President of the European Committee of the Regions.

Photo by the European Committee of the Regions