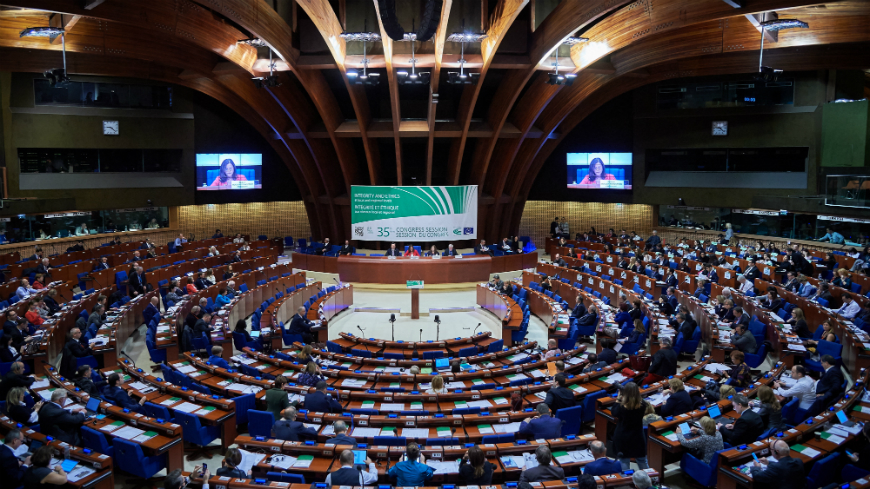 Overall, Slovenia complies with the provisions of the European Charter of Local Self-Government, but consensus between central and local authorities in the principles of municipal financing should be achieved, local fiscal autonomy increased, local authorities better consulted in practice on matters affecting them and mergers and inter-municipal cooperation promoted. These are among key findings of the report and the recommendation on local democracy in Slovenia adopted by the Congress of Local and Regional Authorities of the Council of Europe today.

The report and the recommendations follows a monitoring visit to the country in February 2018 by the co-rapporteurs Henrik Brade JOHANSEN, Denmark (L, ILDG) and Gaye DOGANOGLU, Turkey (L, EPP/CCE).

"The government showed its commitment to proceed with the modernisation of local self-government through progressive implementation of the ‘Strategy on development of local self-government’. In our opinion, it is an important step towards strengthening local democracy", said Gaye DOGANOGLU when presenting the report. She praised the “exemplary role” played by the Constitutional Court in applying the Charter and referring to it systematically in its case-law. “The representative associations of local communities can bring a complaint before the Constitutional Court and this possibility can be considered as an example of best practice for other Council of Europe member states”, he added.

The rapporteurs also noted with satisfaction that the principle of local self-government is recognised both by the constitution and the domestic legislation and Slovenian local authorities enjoy legal protection, and a variety of instruments of direct public participation in the local decision making processes, including referendum, exist.

Nonetheless, the absence of consensus between central and local authorities on the current principles of municipal financing makes financial stability of local self-government dependent on state transfers, an over-regulation in such areas as construction control, municipal police and pre-school education increases the cost of provision of services for local authorities and limits their discretion to manage their own affairs. The report also noted shortcomings in the implementation of consultation process with local authorities in decision-making on matters affecting them.

Therefore, the rapporteurs call on the Slovenian Government to achieve consensus, in consultation with local authorities, on the principles of municipal financing and to increase local fiscal autonomy. Only property tax can be considered as a fully municipal tax, according to the spirit of the Charter, the rapporteurs noted.

Municipal fragmentation in Slovenia should also be addressed. ”This country has seen a significant rise from 60 municipalities in 1991 to 212 in 2015,” DOGANOGLU said, adding that more than half of Slovenian municipalities today have fewer than 5000 inhabitants. “We have noted that small size municipalities have more difficulties in performing their tasks effectively. Thus, we suggest that the central government continues to promote both mergers and inter-municipal co-operation with additional financial incentives and support, so as to help municipalities match their financial and administrative capacities with their responsibilities”.

Slovenia ratified the European Charter of Local Self Government on 15 October 1996. The countries which have ratified the Charter are bound by its provisions. The Charter requires compliance with a minimum number of rights which form the European foundation for local self-government. The Congress of Local and Regional Authorities of the Council of Europe ensures that these principles are observed.