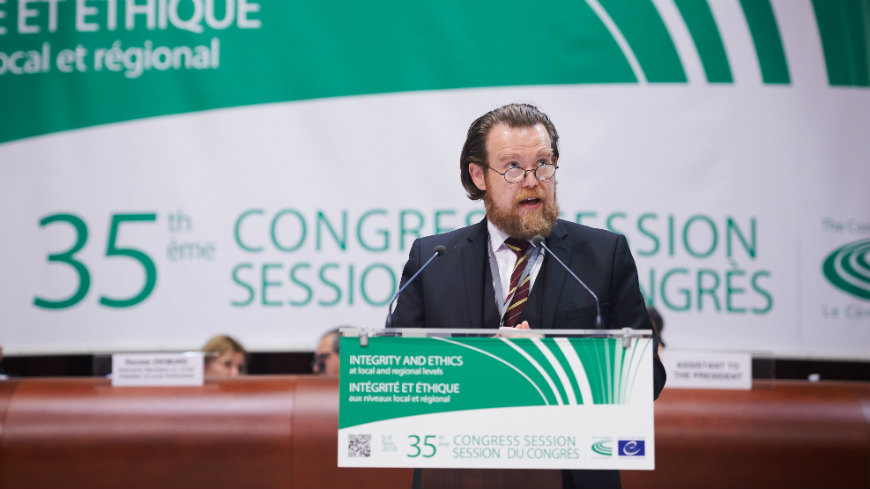 On 6 November 2018, the Congress of Local and Regional Authorities of the Council of Europe held a debate on the situation of local democracy in Lithuania, following the third monitoring visit, which was conducted on 23 and 24 January 2018 in the municipalities of Vilnius, Kaunas and Elektrènai by the rapporteurs, Artur Torres Pereira, Portugal (L, EPP/CCE), and Sigurdur Bjorn Blondal, Iceland (R, ILDG).

Overall, the rapporteurs underlined the good level of local democracy in Lithuania, noting that the country has embedded the fundamental principles of local self-government in its legislation and made progress in extending municipalities’ rights in managing state-owned land. In addition, local authorities and their association (ALAL) are now regularly consulted, and citizens’ participation in public decision making has been strengthened. “The current situation of local self-government in Lithuania merits a positive assessment. Many provisions of the Charter are fully respected and integrated in national legislation,” Mr Blondal said when presenting the report.

However, the report points out that, in practice, some legal regulations tend to restrict municipal autonomy and local authorities’ ability to act independently. In spite of a quick economic recovery from the financial crisis and increasing local budgets, local authorities’ financial resources are still not commensurate with their responsibilities. With regard to administrative structures, the rapporteurs expressed disappointment that Vilnius still does not enjoy a special legal status as capital city and that the administrative capacities and functions of the Regional Development Councils also remain limited.

The Congress recommends that Lithuania’s national authorities ensure better implementation of the subsidiarity principle in practice by allocating sufficient resources to municipalities and providing them with access to capital markets for investment expenditure. It also urges them to grant the association the right to initiate legal proceedings before administrative courts and to further develop citizens’ participation at sub-municipal level.

Speaking during the debate, Lithuania’s Vice-Minister for the Interior, confirmed his country’s commitment to make positive changes for local democracy. “Lithuania appreciates the recommendations made by the Congress because they enable us to take a fresh look at the situation in the country and focus more on the areas where improvements are needed,” he said. “If changes in the state are to take place quickly and citizens are to notice them, it is important for them to start at the level closest to the public, namely municipalities,” he said.

Lithuania ratified the European Charter of Local Self-Government in 1999. The countries which have ratified the Charter are bound by its provisions. The Charter requires compliance with a minimum number of rights, which form the European bedrock of local self-government. The Congress of Local and Regional Authorities makes sure that these principles are observed.