Leendert Verbeek: “The Congress is an indispensable platform of dialogue and exchange of knowhow for the whole Council of Europe” 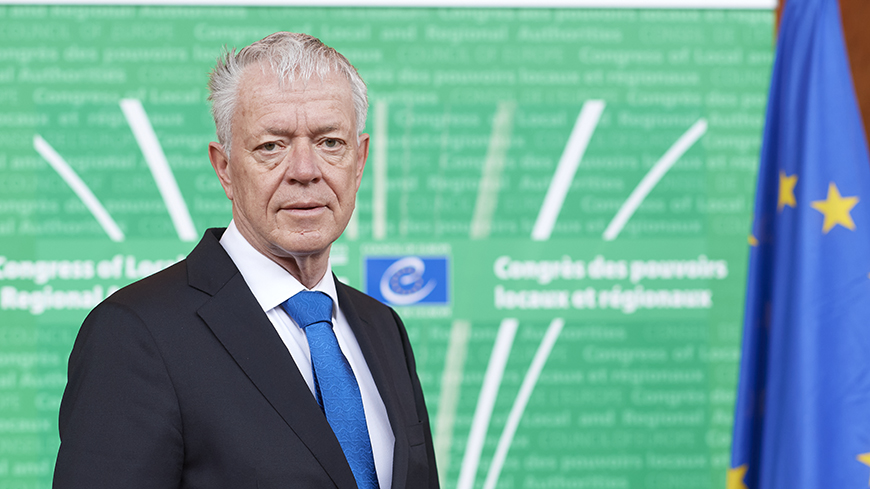 The President of the Congress of Local and Regional Authorities, Leendert Verbeek (Netherlands, SOC/G/PD) participated in the meeting of the Ministers’ Deputies on 31 March 2021.

He highlighted the importance of the Congress for the Council of Europe and that the Organisation should make best use of it as a pool of knowhow. “The Committee of Ministers, I am sure, will analyse the recommendations of the Congress and of the Parliamentary Assembly how to overcome the current crisis, to defend democracy human rights and the rule of law and to improve the performance for future crises,” he stated.

The President presented the Congress priorities for the next 5 years, adopted during the first part of the 40th Session. “The priorities of the Congress are fully in line with the Strategic Framework of the Secretary General of the Council of Europe which put the emphasis on environmental and social sustainability, digital revolution, as well as citizen engagement in a democracy,” he declared.

Also referring to the COVID-19 Pandemic, the President talked about the situations where democracy, constitutional values and civil and human rights are at stake. “Especially, in times of crisis the values of the Council of Europe must be guarded,” the President declared. The Congress has adopted a recommendation and a resolution on “ensuring respect of the European Charter of Local Self-Government in major crisis situations” during the first part of its 40th Session.

Lastly, the President expressed concern about the Congress budget, which has been reduced by 15% and its staff resources by nearly 20% over the last years. A return to a 3% share of the Council of Europe budget would be essential in unfreezing two posts currently frozen and for the Congress to deliver on its statutory mission. A recommendation on the Congress budget has been adopted during the first part of the 40th Session.

“The challenges which citizens on the European continent face can only be addressed at multilevel governance. The current health crisis has shown it and the post recovery period will show it even more clearly. That is why the Congress is so important in the overall approach of the Council of Europe,” he concluded.