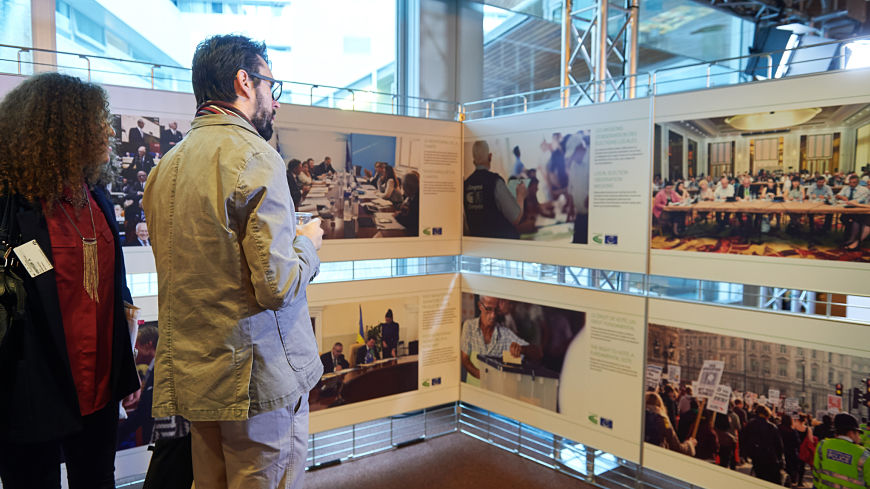 Inaugurating a photo exhibition devoted to the 30th anniversary of the European Charter of Local Self-Government, Congress President Jean-Claude Frécon reiterated the fundamental role played by this instrument, which creates a single legal area for local self-government in Europe. “11 countries signed the text as soon as it was opened for signature. In the following months and years, other countries signed and then ratified the Charter, up to October 2013, when we were able to welcome the fact that all 47 member states had finally ratified the Charter”, he stressed. Taking the floor on this occasion, a young delegate emphasised that “another important text for us as young citizens is the Congress’s revised European Charter on the participation of young people in local and regional life. It is an extremely valuable instrument in that its aim is to encourage the implementation of policies which will benefit not only young people, but other citizens too. If a culture of participation is to be developed among young people in Europe today, it is precisely at local level that this culture can most effectively take root”. A delegation of young people aged 16-30 from 39 countries participated in the 29th Session of the Congress.

File: 30 years of teh Charter of the local self-government