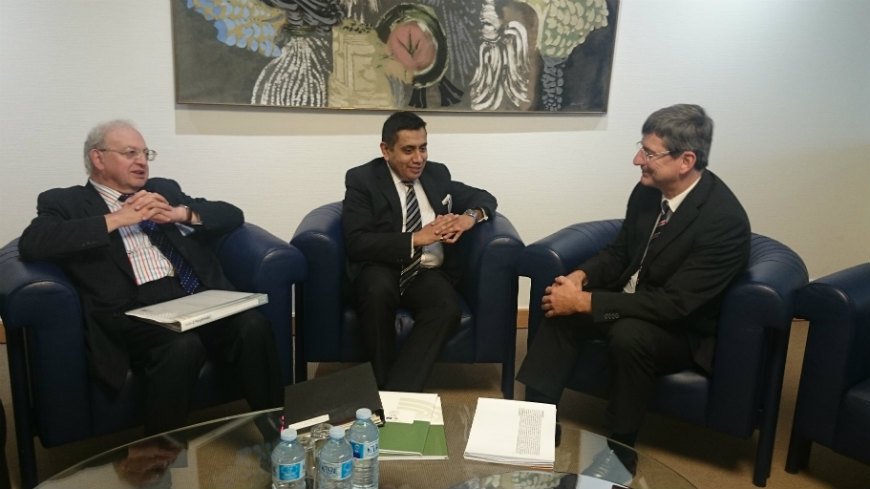 On the fringe of the meeting of the CDDG (European Committee on Democracy and Governance), Congress Secretary General Andreas Kiefer exchanged views with the UK Parliamentary Under Secretary of State Minister for Communities and European Programmes, Lord Ahmad of Wimbledon, on local governance and priority areas of co-operation between the Congress and the United Kingdom. Kiefer, in particular, acknowledged the way in which the current reform of devolution of powers in the United Kingdom was co-ordinated by Westminster, in consequence of the Scottish referendum held on 18 September, as exemplary, and suggested that the Congress Bureau consider inviting Lord Ahmad of Wimbledon to the forthcoming Congress session in March 2015. The Under Secretary of State, on his side, underlined the importance of empowerment of people at local level which involved measures to increase transparency and accountability. In this respect, the anti-fraud campaign launched by the government was described as an area of common interest and deeper co-operation between the Congress and the authorities of the United Kingdom.