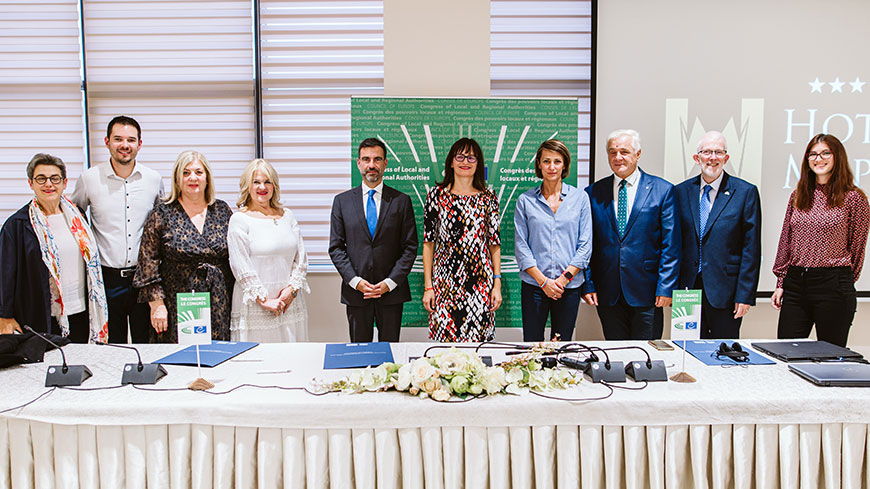 The Congress organised a European Conference on Democratic renewal: innovating with deliberative democracy in Mostar (Bosnia and Herzegovina), on 20-21 September 2022. It brought together local and regional officials from Bosnia and Herzegovina and international experts.

“The adequate response of authorities to citizens recommendations stemming from deliberative processes is vital to keep up the new dynamic, uphold a sense of co-creation and re-install the trust in democracy”, said Karl-Heinz Lambertz (Belgium, SOC/V/DP), Congress rapporteur on the use of deliberative methods at local and regional level.

“Deliberative processes foster a democracy closer to citizens” reiterated Stewart Dickson (United Kingdom, ILDG), Congress Spokesperson on the Observation of Elections who also highlighted the role of youth and the importance of such processes to allow for diverse perspectives and meaningful inputs for policymakers.

The Conference followed on the 1st Mostar Citizens’ Assembly and as part of its recommendations’ implementation, an ecological campaign was launched in primary schools in Mostar.

In the margins of the Conference, a Memorandum of Understanding was signed between the Congress and the two associations of municipalities and cities in the Federation of Bosnia and Herzegovina, and in the Republika Sprska to foster the implementation of the principles of open government and public ethics at the local level in the country.

These activities were organised in the framework of the project “Innovating democratic participation at local level in Bosnia and Herzegovina” is implemented by the Congress of Local and Regional Authorities within the Council of Europe Action Plan for Bosnia and Herzegovina 2022-2025. The project aims to enhance the quality of local democracy and create opportunities for citizens to engage in innovative participatory processes in Mostar and in Bosnia and Herzegovina. It will promote new democratic approaches, open government, public ethics, transparent and inclusive local policy making in the country.