Congress President in the Committee of the Regions: European cities can help Ukrainian counterparts through a new online platform 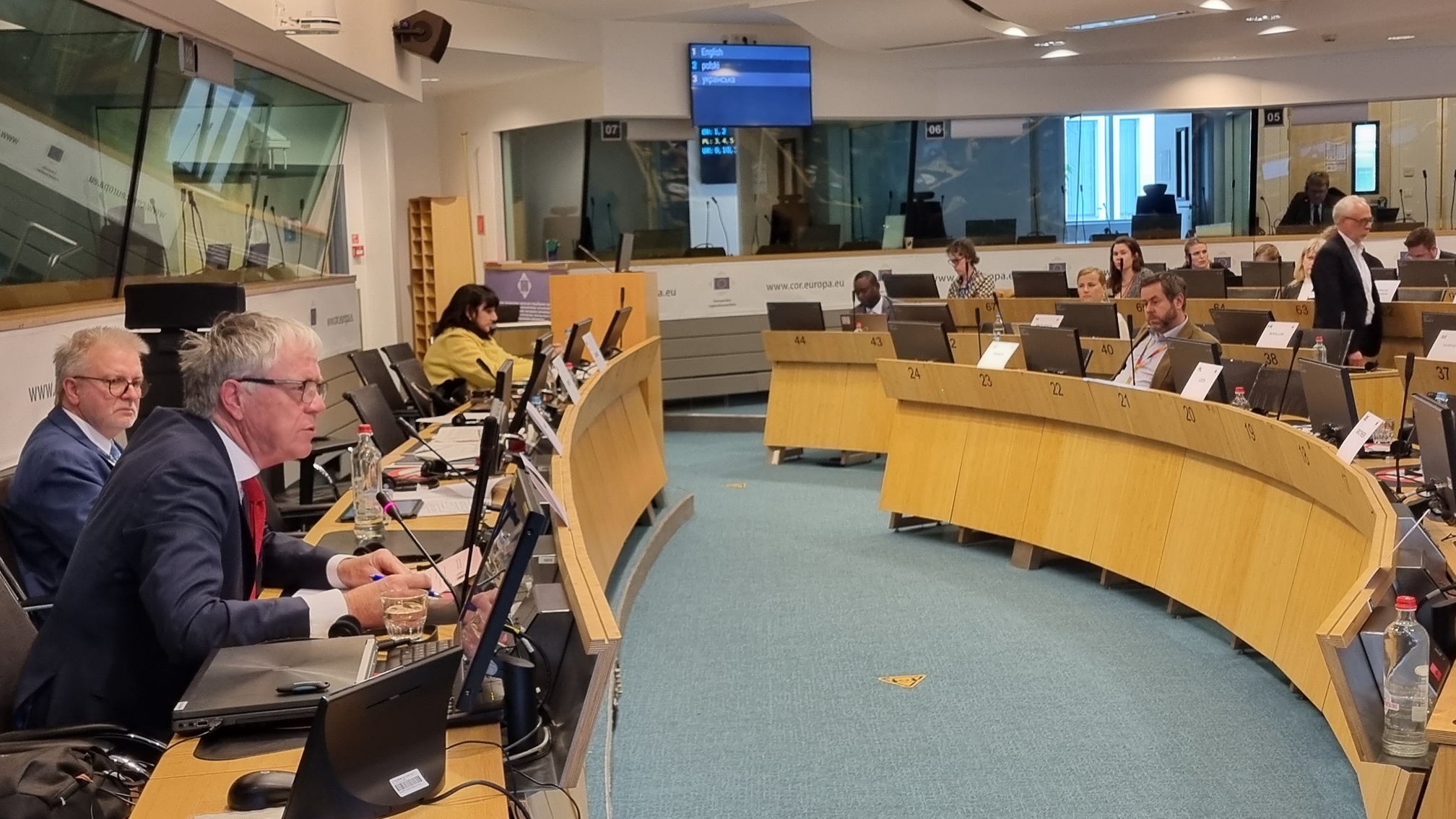 “In the face of the brutal war waged by Russia against Ukraine, cities and regions of Europe stand united in solidarity with the Ukrainian people and authorities, and we salute their courage and fortitude in the battle against the invasion,” Congress President Leendert Verbeek stressed at the meeting of the European Committee of the Regions’ Working Group on Ukraine, in Brussels on 30 March 2022.

“We in the Congress are also proud of the immediate response by numerous local and regional authorities and their associations in other European countries providing aid to their Ukrainian counterparts and hosting refugees from Ukraine,” he continued. To coordinate these efforts, the Congress supported the launch of a Cities4Cities platform to match the demands and needs of Ukrainian cities with the capacity, know-how and supply from other European cities. Through this platform, local and regional leaders in Ukraine will be supported in addressing the daily challenges of citizens in their cities, towns and villages. By its design, the platform will also be able to integrate other support initiatives in Europe.

The President also referred to the Declaration adopted unanimously by the Congress during its session on 22 March 2022. “In one voice, Congress members condemned in the strongest terms the Russian Federation’s war against Ukraine as a blatant breach of international law and called on Russia to cease the war immediately and unconditionally,” he said. “Recognising the key role of local and regional authorities in addressing the disastrous humanitarian consequences faced by citizens, the Congress also condemns the intimidation, abduction and killing of local and regional elected representatives in Ukraine”, pointed out the President, underlining that the firm commitment by the Ukrainian people to the values of freedom and democracy is the source of their strength today.

Deputy Minister of Communities and Territorial Development of Ukraine Viacheslav Nehoda, Mayor of Kyiv Vitaly Klitshcko and Mayor of Lviv Andriy Sadovyi took part in this meeting, which brought together representatives of local and regional authorities and their national associations, members of the Committee of the Regions and international stakeholders.