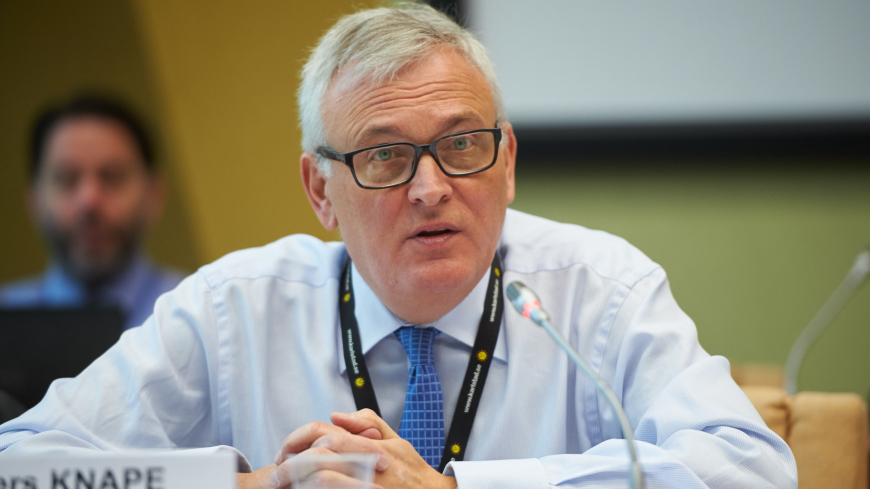 The President of the Congress, Anders Knape, represented the Congress at the Debate of the Local and Regional Barometer on 12 October 2020, during the 140th Plenary Session of the European Committee of the Regions (CoR).

Referring to the impact of the crisis on local and regional councils, the President presented some of the key findings and responses needed to put in place the necessary legal and procedural measures for safeguarding the capacity to act of municipalities, cities and regions and maintaining the democratic legitimacy of their action. “Multi-level governance is an important key to positively responding to the crisis,” stated Mr. Knape, stressing that the responses were more effective and reality-proof when regions and local authorities were involved in rapid response task forces.

He outlined Congress recommendations aimed at making sure that any emergency measures are temporary, proportional and introduced under democratic control, and that better division of competences and means within the multi-level governance system is ensured and maintained even in crisis. The Congress also recommends that the subnational authorities be involved in decision making within emergency mechanisms as an integral part of national crisis management while also having access to direct funding during both the crisis management and post-crisis recovery.

“Multi-level governance increases the quality of decisions and allows greater flexibility in providing solutions tailored to specific needs. We must make sure that the crisis does not lead to the ‘lockdown’ of local democracy,” concluded Mr. Knape.