“The Congress is fully involved in the effort to engage municipalities in “smart” modernisation,” says Xavier CADORET 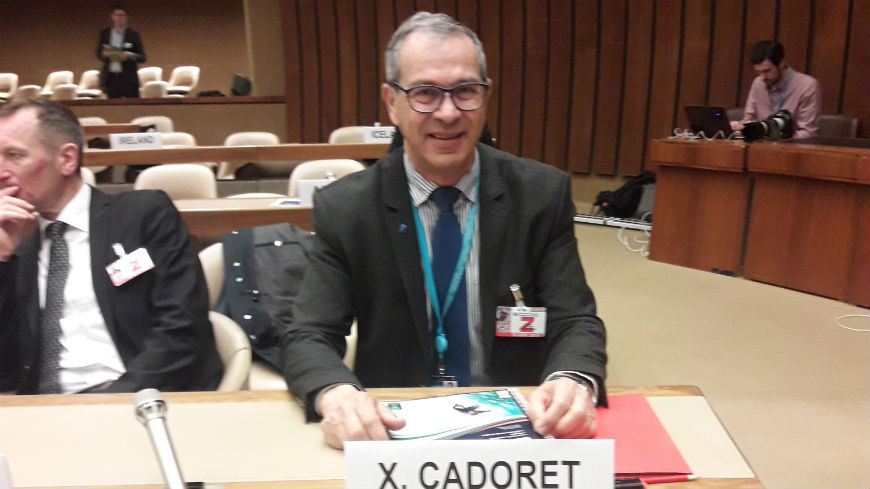 “If cities are the first to feel the effects of the transformations associated with the rapid pace of urbanisation, then they are also the drivers of innovation and development,” stated Xavier CADORET, President of the Chamber of Local Authorities of the Congress, during the 68th Session of the UNECE on “Smart Sustainable Cities” which took place from 9 to 10 April 2019 in Geneva, SWITZERLAND.

Xavier CADORET emphasised the key role played by local authorities in achieving the Sustainable Development Goals, in particular SDG 11 on Sustainable Cities and Communities, primarily through the exchange and dissemination of good practices. He drew attention to the Congress’s participation in debates on, among other topics, sharing urban development projects using smart technology, and the influence of new technologies in social and democratic processes.

“These discussions are likewise intended to steer technological governance practices towards an egalitarian, sustainable and inclusive approach,” added Mr CADORET, pointing out that the Congress also works with member states to support smaller cities in the process of “smart” modernisation.

Furthermore, to promote e-governance and e-democracy, the Congress has adopted several reports on free access to data, on e-media and on e-governance. It also promotes co-operation at all levels of governance, particularly with NGOs and local and regional government associations.

“The Congress is fully involved in the effort to engage municipalities in “smart” modernisation by participating in each step of the process: from helping to implement projects to monitoring the application of local democracy standards. Bearing in mind the implementation of Agenda 2030 for sustainable development, we will do all we can to boost the transformations while still maintaining democratic governance and eco-social sustainability,” concluded the President of the Chamber of Local Authorities.