The role of journalists, media and social media 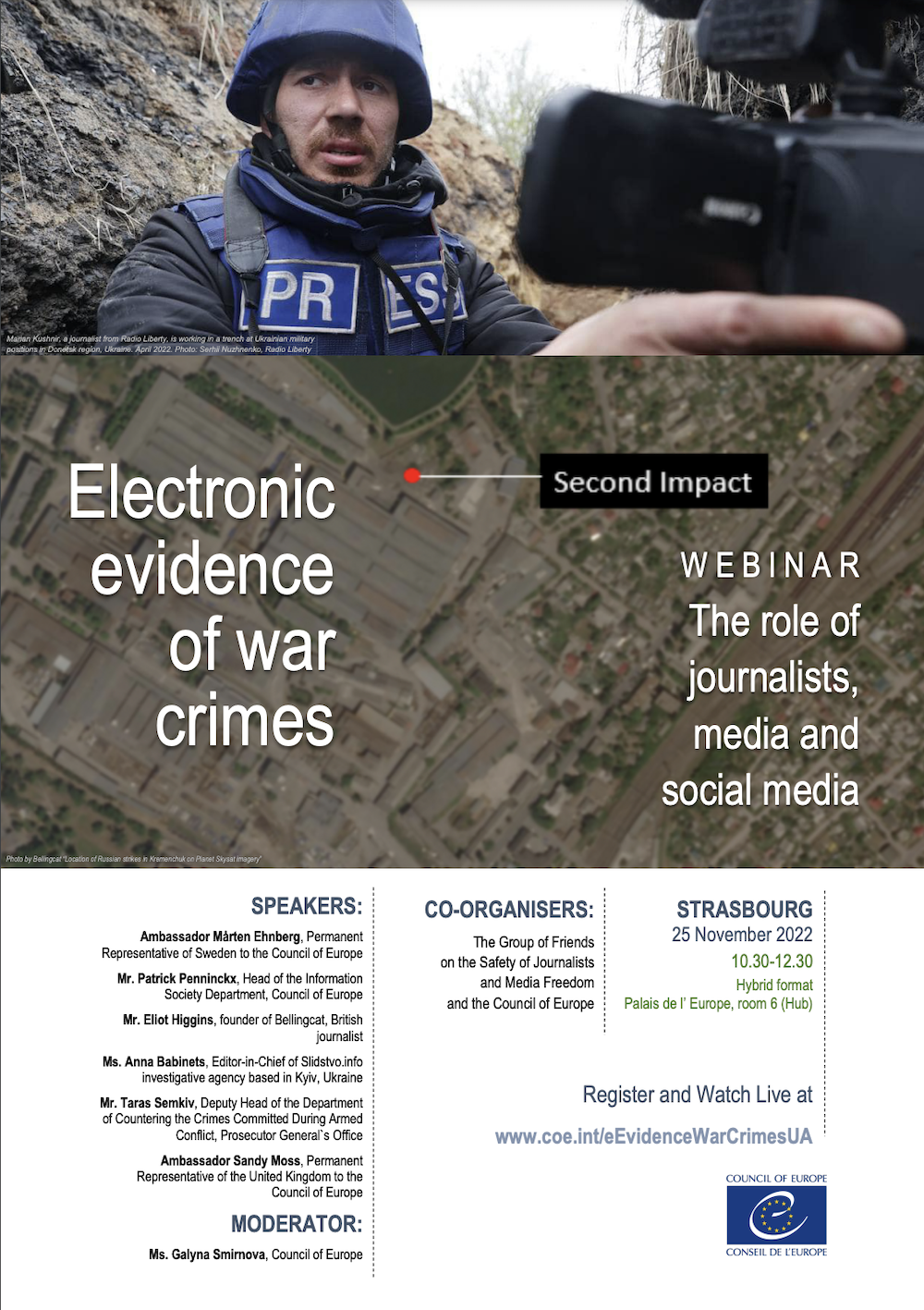 Concept of the webinar

Investigators appointed by the United Nations have confirmed that Russian armed forces have committed war crimes in Ukraine, including documented cases of civilian executions, torture and sexual violence. But the investigators are not the only ones testifying and have a duty in bringing proofs to justice.

There are more actors in a unique position to track atrocities in Ukraine, and these are the journalists and the media. The ongoing crimes are documented as never was it possible before due to the social media.

But what are the differences between covering war crimes as a journalist and presenting that information to a legal investigation? How do Courts work with journalists?

What are the challenges of investigative journalists? What about other media actors? 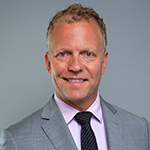 Permanent Representative of Sweden to the Council of Europe, Chair of the Group of Friends on the Safety of Journalists and Media Freedom 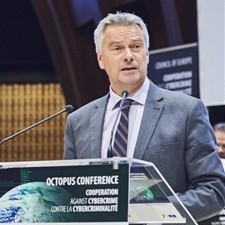 Head of the Information Society Department, Council of Europe

Patrick Penninckx has spent the last 30 years at the Council of Europe, focusing on transformation processes in the organisation, developing partnerships with other international organisations and national partners.

Currently heading the Information Society Department under the Directorate General Human Rights and the Rule of Law, Patrick coordinates standard-setting and co-operation activities in the fields of media, internet governance, data protection and cybercrime. He is also responsible for projects related to public-private partnerships and cooperation with business partners.

He is a confirmed keynote speaker in international conferences and colloquia organised by governments, parliaments, international organisations (OSCE, United Nations, UNESCO) and regional organisations throughout the world (OAS - Organization of American States, Organisation Internationale de la francophonie), civil society, the academic world, independent authorities, press councils, representative organisations of journalists and business. He acquired broad experience in the law-making field, in the development of hard and soft law at pan-European level on issues such as the protection of journalists, the role of internet intermediaries, development of public service media, promotion of quality journalism and other areas as well.

P. Penninckx led the Information Society Department in a large number of studies on most contemporary topics, such as filtering and blocking of illicit content on the internet, self-censorship of media and journalists and chilling factors to freedom of expression, disinformation, the role of the media in times of crisis, quality journalism and investigative journalism, as well as media literacy. His professional focus encompasses areas such as freedom of expression, the safety of journalists, sound internet governance, international standards in data protection, action against cybercrime and the impact of AI on human rights.

Following the Russian invasion in Ukraine, the Information Society Department focused its work on journalism in times of war and conflict. P. Penninckx launched actions in support of war Reporters, Ukrainian journalists and public service media. 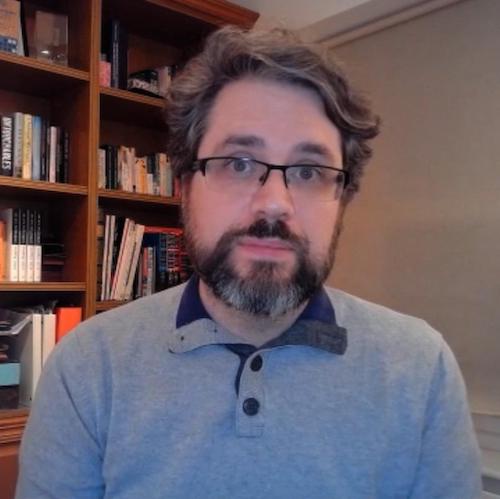 Higgins first came to prominence during the early stages of the conflict in Syria, when he started blogging about open-source images being shared online from the conflict. Early successes included
identifying the types of munitions being used by the Syrian Air Force, including cluster munitions and improvised “barrel bombs”, identifying arms being smuggled to Syrian armed opposition groups by Saudi Arabia through Jordan, and investigating the use of chemical weapons by the Syrian government.

As interest in Higgins’ work and open-source investigation grew, Higgins launched Bellingcat in 2014, a new website intended to provide a place for readers to learn how to do their own open source
investigations, and to contribute their own investigative work to the website.

Bellingcat was launched with funding raised through Kickstarter, and quickly became known internationally thanks to the work of its community on the downing on Malaysia Airlines Flight 17 (MH17) on July 17th 2014, ultimately identifying the missile launcher that shot down MH17 as originating from Russia’s 53rd air defence brigade.

Over the years Bellingcat has expanded from a single staff member and a team of volunteers to a Netherlands based NGO employing 30 staff members from across the world, working on a wide range of topics. Bellingcat’s work has led the way in developing the use of online open source investigation in a wide variety of fields, from journalism to justice and accountability, and is widely recognised as a leader in the development of online open source investigation.

In 2021 Higgins published the Sunday Times best-seller “We Are Bellingcat”, about the work of Bellingcat and the development of the field of online open-source investigation. 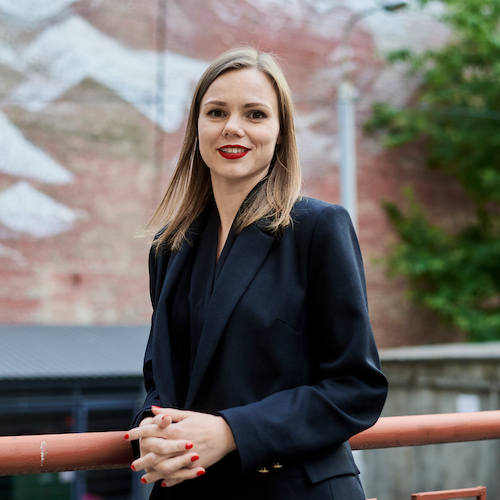 Editor-in-Chief of Slidstvo.info investigative agency based in Kyiv

Anna Babinets is the Editor-in-Chief of Slidstvo.info investigative agency based in Kyiv, Ukraine. She is a Regional Editor of “Organized Crime and Corruption Reporting Project” (OCCRP).

Before the Russian aggression against Ukraine she specialised in discovering large scale corruption, money laundering schemes and crime. Anna is part of the Panama Papers team –several stories about Ukrainian president`s Petro Poroshenko offshore companies was written by her. She is also, one of the co-authors of Killing Pavel, a documentary about the murder of Pavlo Sheremet, famous Ukrainian journalist From the beginning of the Russian aggression against Ukraine, Anna and Slidstvo.info refocused to covering war crimes, reportages from the field (Kyiv and other Ukrainian cities). Slidstvo created a database “Russian war criminals” of identified Russian military participating in the war against Ukraine, taken to hostage and killed. One of the goals of the project is collecting evidence on crimes committed by specific persons for further usage in Ukrainian and international courts. 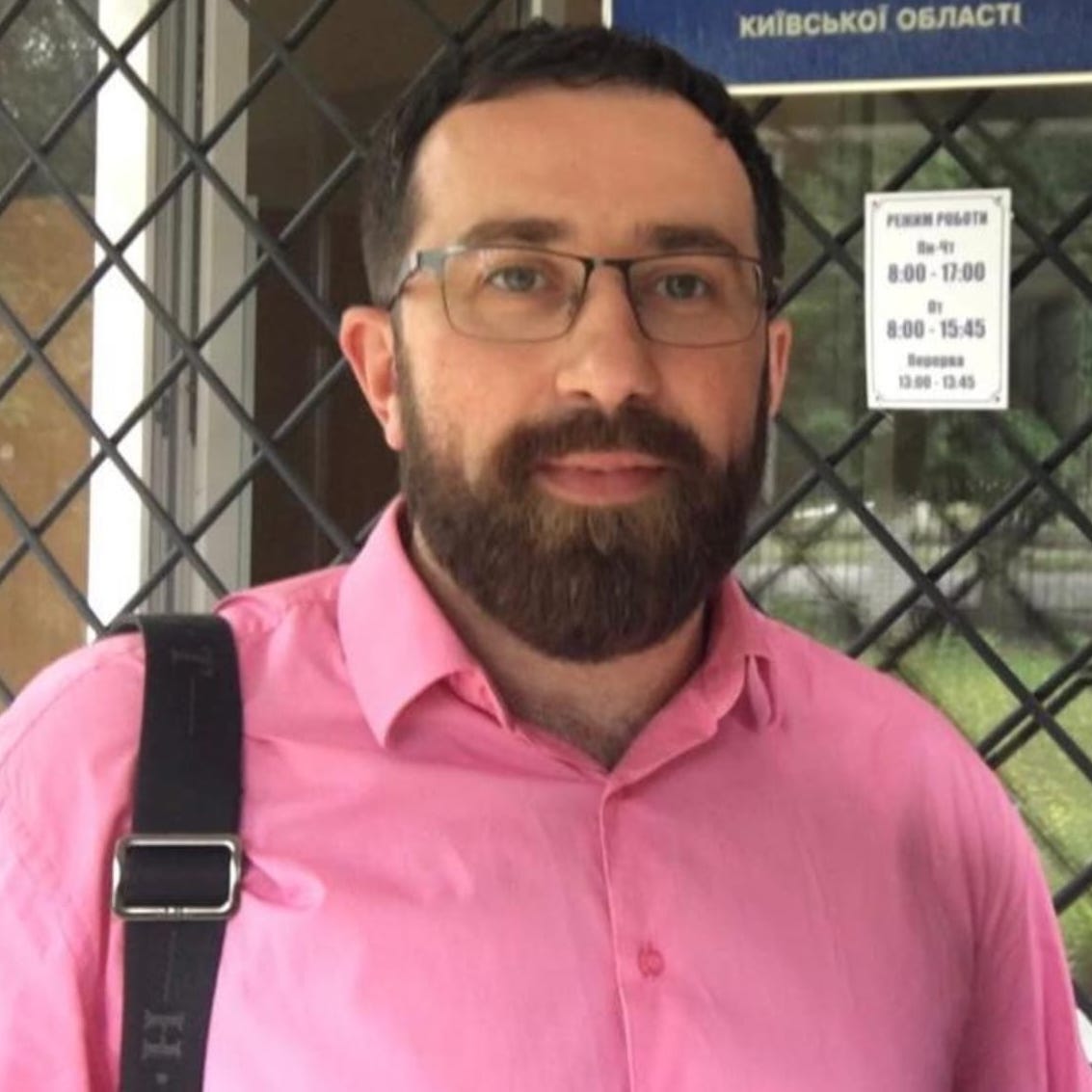 Deputy Head of the Department of Countering the Crimes Committed During Armed Conflict, Prosecutor General`s Office