The Committee of Ministers takes note of the results of the Enter! recommendation review process 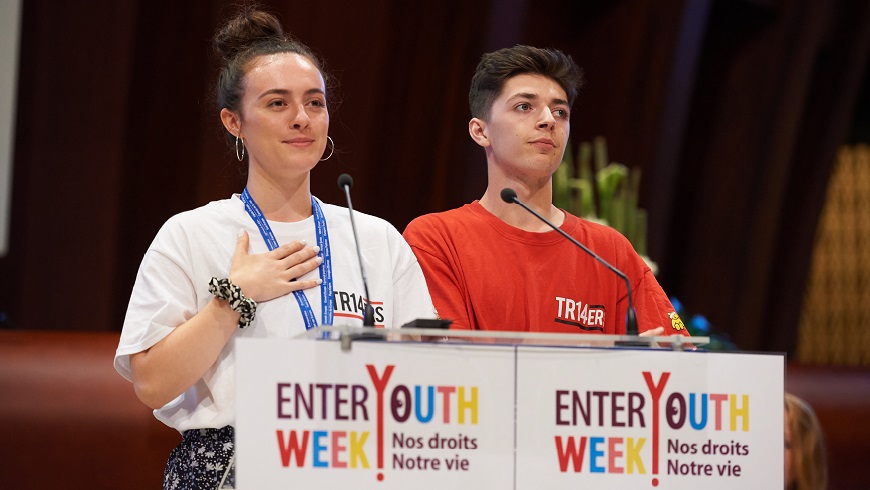 The CMJ had endorsed the results of the review process of the so-called Enter! recommendation at its 43rd meeting, which was held online by means of written procedures in March 2020 due to the COVID-19 pandemic. In this context, the CMJ thanked the authorities in the member States, as well as the youth organisations, youth workers, young people and the members of the Monitoring and Support Group for their contribution to the review process.

It is recalled that the Committee of Ministers adopted the Enter! Recommendation in 2015. The CMJ then adopted an implementation strategy (roadmap) for this recommendation, with specific actions to be undertaken by member States, youth organisations and the Youth Department.

On the same occasion, the CMJ decided to instigate a review of the Recommendation’s implementation five years after its adoption by the Committee of Ministers. This review, which was carried out under the authority of the CMJ, covered measures taken by the member States, initiatives of youth organisations, projects carried out by or with local authorities and an analysis of good practices.

More information on the review process on Enter! site

More detailed information on the Enter! project and recommendation