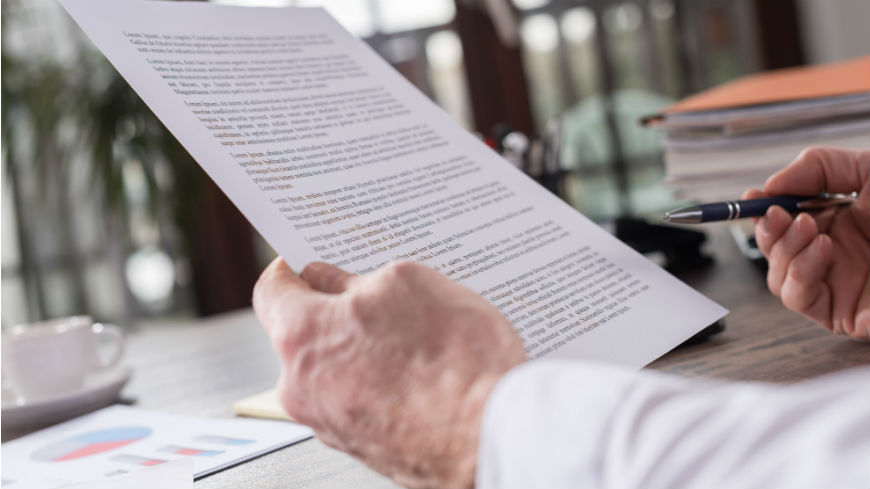 The Reporting system: an overview

The European Committee of Social Rights monitors compliance with the Charter under two separate procedures: through collective complaints lodged by the social partners and non-governmental organisations (Collective Complaints procedure) and through reports drawn up by States parties (Reporting system).

The Reporting system is formally governed by Articles 21-29 of the 1961 Charter.

In the framework of the reporting system, States Parties regularly submit a report on the implementation of the Charter in law and in practice.

These reports are examined by the European Committee of Social Rights, which decides whether the national situations they describe comply with the Charter.

The decisions adopted by the Committee in the framework of this monitoring system, called conclusions, are published every year. They can be consulted using the European Social Charter Case law Database (HUDOC Charter).

Insofar as they refer to binding legal provisions and are adopted by a monitoring body established by the Charter, the conclusions of the European Committee of Social Rights must be respected by the States concerned; however, they are not enforceable in the domestic legal systems.

In practice, this means that when the Committee rules that the situation in a country is not in compliance with the Charter, one cannot require the Committee’s conclusions to be enforced in domestic law as would be the case with a ruling by a court in the State concerned.

As the decisions adopted by the European Committee of Social Rights in the framework of the Collective Complaints procedure, the conclusions adopted within the reporting system are declaratory; in other words, they set out the law.

On this basis, national authorities are required to take measures to give them effect under domestic law. In this connection, domestic courts can declare invalid or set aside domestic legislation if the Committee has ruled that it is not in compliance with the Charter.

Following the form for the reports to be submitted in pursuance of the Charter, national reports should give for each accepted provision of the Charter any pertinent information on measures adopted to ensure its application, mentioning in particular:

-    the legal framework – any laws or regulations, collective agreements or other provisions that contribute to such application; as well as where relevant pertinent national case-law – relevant decisions by courts and other judicial bodies;

-    any pertinent figures, statistics or any other relevant information enabling an evaluation of the extent to which these provisions are applied.

States parties reports should be accompanied by the principal laws and regulations on which the application of the accepted provisions of the Charter is based.

The reports should, wherever appropriate, specify explicitly:

-    whether they are valid for the national territory in its entirety;

-    whether they apply to all categories of persons included in the scope of the provision.

The information required, especially statistics, should, unless otherwise stated, be supplied for the period covered by the report. Where statistics are requested for any provision, it is understood that, if complete statistics are lacking, States parties may supply data or estimates based on ad hoc studies, specialised or sample surveys, or other scientifically valid methods, whenever they consider the information so collected to be useful and ensuring that the administrative effort required to collect data is in proportion with the desired acquisition of information.

The first State report following the entry into force of the Charter in respect of the State concerned should contain detailed information on all relevant aspects of the provision, whereas for subsequent reports it will suffice to up-date the information on the legal framework given in previous reports.

However, each report should contain appropriate explanations and/or information relating to developments of the situation in practice during the reference period.  In addition, it is recalled that each report, except the first report, shall contain replies to any questions raised by the European Committee of Social Rights in its conclusions, whether questions of a general nature addressed to all States (such questions appear in the “general introduction”) or specific questions contained in the conclusions proper in respect of each State for each provision.

The reporting system in motion

In the early 1990s a reform of the reporting system was set in motion. The aim was to make the Charter more effective and efficient. The reform culminated in 1991 in a Protocol amending the Charter. This text improved the reporting system. It confirmed the political role of the Committee of Ministers of the Council of Europe and clarified the powers and responsibilities of the European Committee of Social Rights. The Protocol also increased the participation of the social partners and non-governmental organisations in the system.

Most countries have ratified the abovementioned Protocol, but it has still not come into force. It still requires ratification by, and, in some cases, the signature of four Council of Europe’s member States. Given this situation, in a decision taken unanimously by the States party to the Charter, the Committee of Ministers requested them to envisage the application of certain of the measures provided for in this Protocol before its entry into force, in so far as the text of the Charter will allow. Since 1992 then, and still in accordance with the 1961 Charter, the Reporting system has taken account of the new provisions in articles 1, 2, 4, 5 and 6 of the Protocol in question.

In addition to the innovations arising from the Protocol of 1991 and in accordance with Article 21 of the Charter, the Committee of Ministers has over the years introduced specific rules regarding the presentation of reports by States parties. In response to the difficulties in applying these rules, they have been modified and rationalised on a number of occasions – (cf. Committee of Ministers' decisions adopted in 1984, 1989, 1992, 1995, 1996, 1999 and 2006).

The four groups of provisions are as follows:

In April 2014, the Committee of Ministers adopted new changes to the Charter’s monitoring system. The most important aim of the changes is to simplify the reporting system for States Parties having accepted the Collective Complaints procedure (see relevant list); the changes can be summarised as follows:

Following the enforcement of these changes, the monitoring system functions as follows:

States which draw up a simplified report are required to state what follow-up action has been taken in response to the decisions of the European Committee of Social Rights on collective complaints and reply to any questions put in the event of deferrals for the relevant provisions.

As new States accept the collective complaints procedure, they will be assigned on an alternating basis to Group B then Group A, then to Group B again, and so on. The new system enters into force for all States which have already accepted the collective complaints procedure from October 2014 onwards and, for other States, one year after acceptance.

For more information on the changes described above, it is possible to consult the full document on which the decision of the Committee of Ministers was based (Decision of the Committee of Ministers). Other information on the reform can also be found in the following document: Streamlining and improving the reporting and monitoring system of the European Social Charter

The rules in force

In compliance with the Committee of Ministers’ decisions of 2006 and 2014, States are currently required to drawing up their report on the basis of the following rules:

When the European Committee of Social Rights concludes that a situation is not in conformity, the State Party has to bring the situation into conformity. If the State takes no action, the Committee of Ministers may address a Recommendation to that State, asking it to change the situation in law and/or in practice. In view of the importance of this decision, a two-thirds majority of those voting is required here.

In the case of both resolutions and recommendations, only States parties to the Charter may take part in the vote.

In the framework of the Reporting system, the Committee of Ministers’ work is prepared by the Governmental Committee of the European Social Charter and European Code of Social Security, comprising representatives of the governments of the States Parties to the Charter, assisted by observers representing European employers’ organisations and trade unions (European Trade Union Confederation (ETUC), Business Europe (ex UNICE) and International Organisation of Employers (IOE).

Ultimately, it falls to the Committee to determine whether the situation has been brought into compliance with the Charter. This is done by the Committee in the framework of the Reporting system or the Collective Complaints procedure.