Owing to sport’s long tradition of independence and autonomy, national and international jurisdictions only intervene in a limited way in sporting affairs.  This does not mean, however, that there are not questions to be asked, particularly when it comes to protecting athletes’ fundamental rights.

In 2013, and in collaboration with the European Court of Human Rights, EPAS raised this topic of sports justice and how potential conflicts between sports law and state law are prevented at national level, by organising two events.

The aim of this round table was to allow an exchange of views between EPAS countries on the situation and the political issues of co-ordinating disciplinary procedures and of settling disagreements between the sports arbitration procedures and the handling of cases by the states’ justice systems.

co-organised by the Council of Europe and the International Institute of Human Rights
14 February 2013, Strasbourg

This seminar focused on the co-existence of disciplinary systems in the sports movement and in public law (particularly human rights protection mechanisms). In recent years, a growing number of situations and cases have pointed out potential or actual clashes between the running of competitions and provisional measures decided by civil courts. The sports regulations are challenged as not being compliant with human rights (e.g. processing of personal data for the purpose of anti-doping controls) and co-operation is difficult to establish between sports disciplinary authorities and public judicial authorities in cases addressed by both judiciary systems (e.g. corruption and match-fixing). The aim of the seminar was to establish dialogue on those issues between specialists of human right protection mechanisms, in particular the European Court of Human Rights (ECHR), and specialists of the sports arbitration mechanisms, notably the Court of Arbitration for Sport (CAS).

Summary report of the two events organised in Strasbourg: Seminar on Sports Judiciary and Human Rights (14 February 2013) and Round table on Sport Arbitration and State Arbitration, (15 February 2013)

The Press Service of the European Court of Human Rights has compiled factsheets by theme on the Court’s case-law and pending cases, including one on sport.

Factsheet: Sport and the European Convention on Human Rights

Handbook n° 5:  “Human rights protection in Europe in the context of sports organisations’ disciplinary and arbitration procedures” (for the use by the sports movement).

The aim of this handbook is to determine whether, and if so, to what extent, respect for human rights – particularly those enshrined in international conventions  - is a requirement for sports organisations and arbitration tribunals when they are dealing with disciplinary matters, how such human rights are actually implemented in sports proceedings and how they could be applied more effectively without preventing such proceedings from being relatively simple and swift.

Handbook n° 6: “Disciplinary and arbitration procedures of the sport movement” (for use by judicial authorities).

This handbook first underlines the importance of the principle of autonomy of the sport movement, then  looks in turn at the substance of this principle and its implications for the resolution of disputes relating to sport, the disciplinary procedures of sports federations, arbitration, and, finally, the role of the state court system in sport-related matters.

In partnership with Sport and Citizenship Think Tank, EPAS supported the publication of a special edition magazine (journal n° 36) on Sport and Human Rights. A limited number of copies are available from the EPAS secretariat. 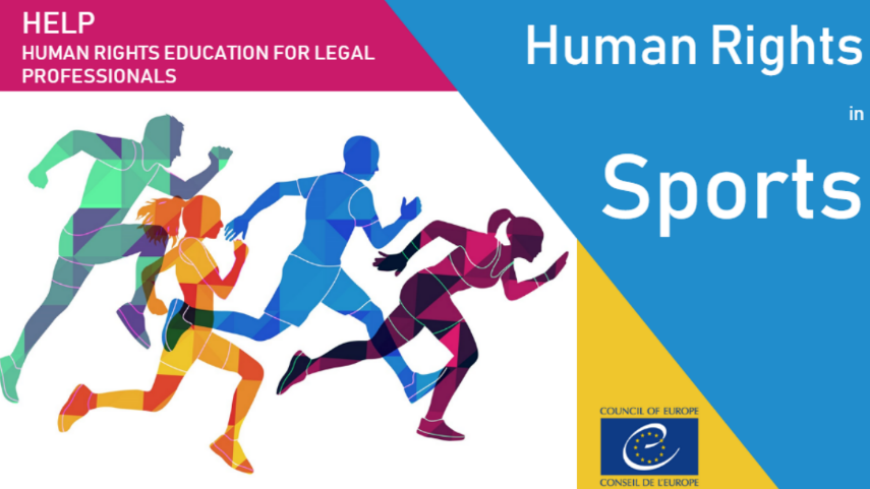 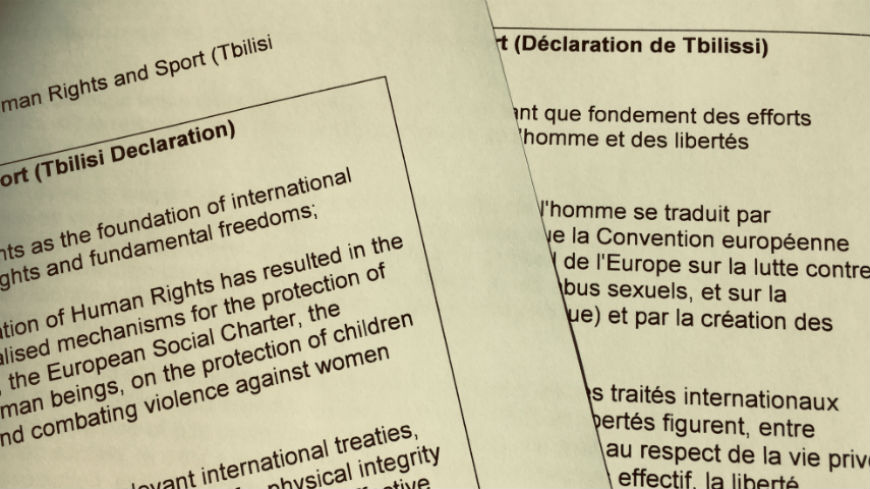