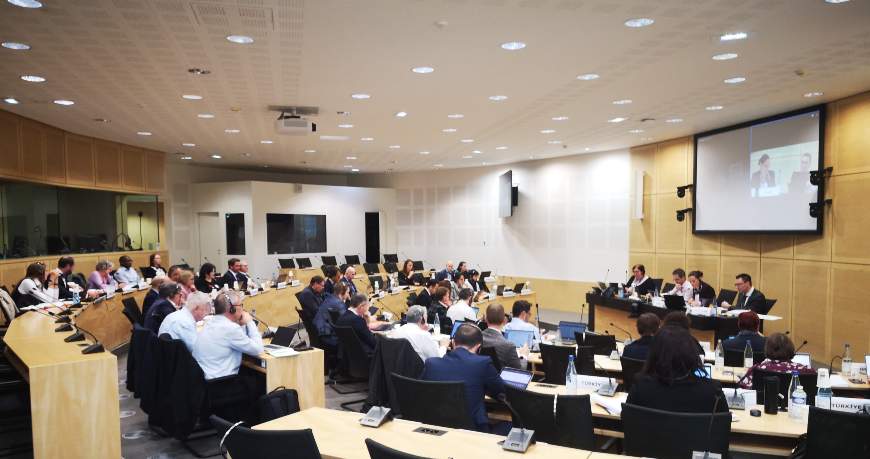 The Ad hoc Committee in charge of coordinating the European Public Authorities’ positions on the World Anti-Doping Agency’s (WADA) policies, the CAHAMA, met on 3 and 4 November in Strasbourg, France.

The CAHAMA acts as a catalyst of the rule of law and democratic values upheld by the Council of Europe, protecting athletes’ human rights and promoting sport values. The CAHAMA looks at issues spanning areas as diverse as WADA’s budget, the annual list of doping substances, international standards regulating anti-doping work worldwide and across all sports, as well as personal data protection or gender equality on anti-doping.

Welcoming delegates from the Council of Europe Member States and observer institutions, including WADA and the European Union, CAHAMA agreed on the European positions on the agenda items of the upcoming WADA Executive Committee and Foundation Board meetings (17-18 November 2022, Montreal).

Such positions are brought to the WADA Executive Committee by Ms Roxana Maracineanu, European Representative appointed by the Committee of Ministers of the Council of Europe. At the Foundation Board of WADA, the European Public Authorities are represented by four Ministers or State Secretaries responsible for Sport from Hungary, Poland, Sweden and Türkiye as well as by Mr Bjørn Berge, Deputy Secretary General of the Council of Europe.