Protection of young athletes from dangers of migration 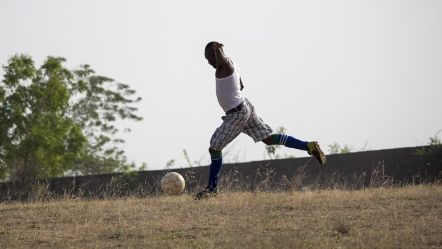 The Council of Europe is helping to combat the trafficking of young footballers from other continents to Europe. Every year hundreds of them are lured to European cities by false promises of glittering careers with top clubs.

The reality is that they are often abandoned soon after arriving, and left to fend for themselves.

In 2012, the Committee of Ministers adopted its recommendation on the subject, the drafting of which was co-ordinated and carried out by the EPAS member states.

A report for Euronews on the subject includes interviews with victims as well as those trying to help them.

Euronews report “Out of Africa”