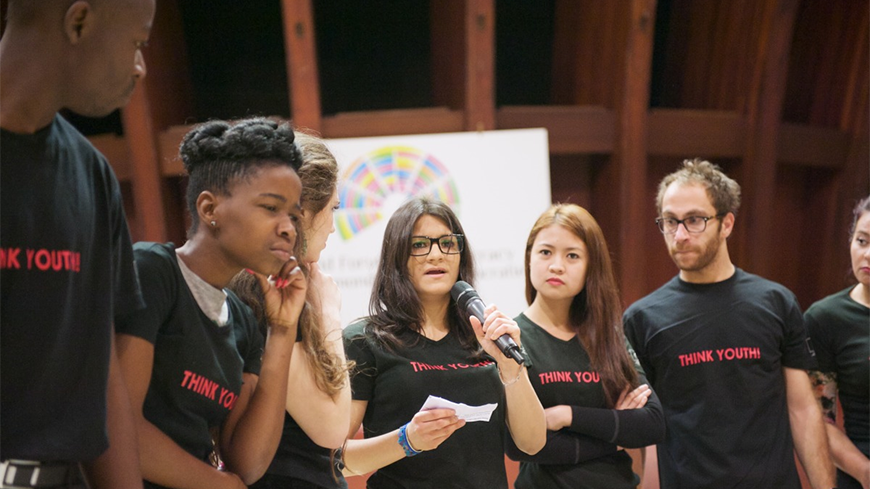 Young women represent half of the young population in Europe. They have specific needs and circumstances compared to young men, and can face multiple forms of discrimination and violence, firstly as women, and secondly as young people. Young women are particularly vulnerable to sexism and gender-based violence.

In the EU, the highest prevalence rate of physical and sexual violence is among the age group of women who are 18–29 years old, both in terms of partner and non-partner violence and almost 40% of women aged 21-30 have been confronted with sexism. Sexism and violence against young women takes place in all spheres of life including online, on the public space and in private life. Addressing the sexism and the specific violence young women are confronted with is of critical importance if young women are to exercise their human right to security and safety and realise their potential for full citizenship. Sex and gender also play a key role for young people in relation to education, professional choices and economic opportunities. While young women form the majority of university graduates in Europe, in many countries they still face high levels of unemployment and academic and career choices are heavily influenced by gender stereotypes. For example, 22.7 % of young women aged 20–34 in the EU-28 were neither in education nor in  employment in 2016, compared to just 14% of young men. The integration of a gender equality perspective in youth policies and activities is essential to capture the needs of young women and devise policies and measures that are effective and adapted to the needs of all.

Gender mainstreaming and youth at the Council of Europe

The Youth Department of the Council of Europe and the European Youth Centres, have long worked on integrating a gender equality dimension in their policy, educational approaches and practices. Thanks to a co-management system, youth organisations have introduced themes ranging from fighting discrimination against LGBT people, to measures to combat sexism and violence against women, domestic violence and gender-based violence, the recognition of gender identities and challenging hetero-normativity. The Youth Department has also ensured a practical approach to integrate considerations of gender equality (e.g. gender balance in educational teams and participants). The Youth Department also supports the inclusion of a gender equality perspective in its policy work. The Agenda 2020 indicates that the aim of the Council of Europe’s youth policy is “to provide young people − girls and boys, young women and young men − with equal opportunities and experience which enable them to develop the knowledge, skills and competencies to play a full part in all aspects of society”. The No Hate Speech Movement campaign, set up in 2012 to mobilise young people to act against hate speech and human rights violations online, had a specific focus on sexist hate speech to address the fact that women and girls are confronted with this phenomenon on a daily basis. A seminar on Combating Sexist Hate Speech, in co-operation with the Gender Equality Unit, and European Action days took place in 2016 and on 8 March 2017, International Women’s Day.

The European Youth Foundation (EYF) has a dedicated webpage on gender equality with resources developed by the Council of Europe and youth NGOs, as well as links to relevant tools and actors. The EYF is actively promoting the integration of a gender equality perspective in the youth projects it supports, and has a new toolbox on gender equality.

See also sections on education, children and on non-discrimination.