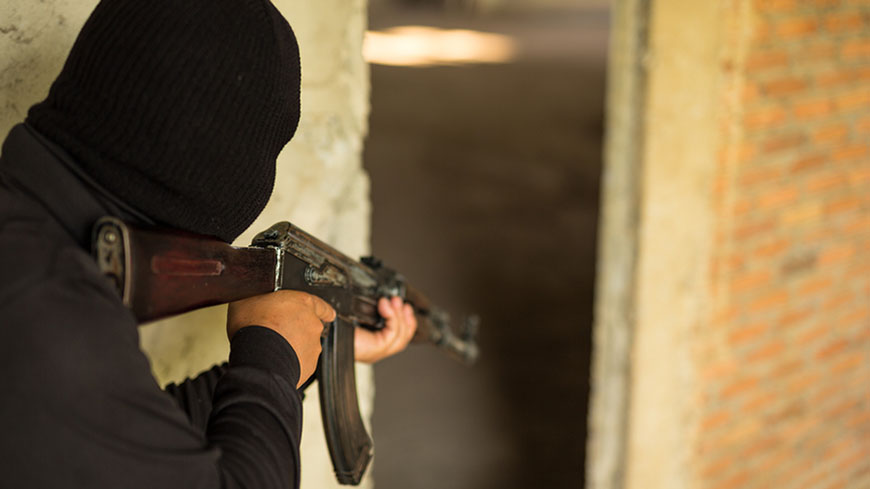 Although the issue of women, peace and security has been high on the political agenda at all levels for more than two decades, counter-terrorism policies are traditionally seen as gender-neutral and research on the topic is still scarce.

At the same time, attacks on the rights of women and girls are a common feature of many recent terrorist movements. Looking at the gendered impact of terrorist activities implies recognising the fact that people are not equally at risk and not equally able to recover from attacks, especially the most vulnerable, where women are often over-represented. In the same way, responses to terrorism can impact differently on women and men, for example it is crucial to ensure that negotiations with terrorist groups are not carried out at the expense of the rights of women. Understanding the gender equality dimension can also improve terrorism prevention policies, by deconstructing stereotypical perceptions of women’s and men’s roles in terrorism and counter-terrorism, whereby men are often seen as perpetrators and women as passive victims. In fact, women’s patterns of involvement in terrorism (their recruitment, motives, rewards and roles), may differ from those of men. In addition, women and men often highlight different concerns and bring different perspectives, experiences and solutions to policy-making. Understanding these differences, can help ensure a more comprehensive approach to counter-terrorism.

Gender mainstreaming and counter-terrorism at the Council of Europe

The Council of Europe Steering Committee on Counter-Terrorism (CDCT- formerly CODEXTER) started to investigate the gender equality dimension of its work in 2014 through a "Discussion Paper on possible gender-related priorities”, which analysed gender-related issues in the field of counter-terrorism, including the role of women as terrorists and the added value of integrating a gender perspective in this field, in terms of policy efficiency. In 2016, the CODEXTER examined a paper on “The roles of women in Daesh”.

See also sections on corruption and money laundering and on justice.