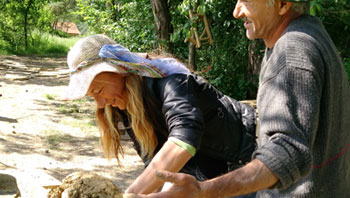 Gender equality aspects are relevant both in relation to culture as a social construction and to the way in which cultural policy is designed and implemented.

In the UK in 2016, 64% of the artists whose work was shown in the Tate Modern were men. In France, in the 2015-2016 season, no national theatre was headed by a woman and only 26% of performances were directed by women. In most countries, women are still hidden or trapped in stereotyped roles in history books and they are largely invisible in relation to heritage (e.g. lack of visibility of female historical characters,  lack of streets named after women, etc.). Gender inequalities in the cultural field are related to women’s limited access and visibility in the professions and to different participation in cultural activities between women and men (in light of women’s lesser financial resources and amount of leisure time). Given the role of arts and culture as shapers of attitudes and of gender roles, it is crucial that policies in these areas actively promote a gender equality perspective to address both access to and the visibility of   women’s contribution to European history, culture and the arts. In the same way, gender stereotypes and sexism in the representation of women in arts, as well as in cultural symbols, should be addressed to.

In relation to nature conservation, taking [rather than considering?] considering gender equality issues into account involves identifying the influence of gender roles and relations on the use, management and conservation of nature and biodiversity. Gender roles of women and men include different labour responsibilities, priorities, decision-making power, and knowledge, which affect how women and men use and manage natural resources. To develop efficient policies regarding nature conservation, it is important to understand and expose gender-differentiated practices, gendered knowledge acquisition and usage, as well as gender inequalities in access to and control over resources. Case studies from around the world have demonstrated that empowering women and vulnerable groups to effectively participate in decision-making in this area makes biodiversity conservation efforts more efficient.

Gender mainstreaming, culture, heritage and nature conservation at the Council of Europe

In the area of culture and heritage, a first discussion on gender equality took place in the Steering Committee for Culture, Heritage and Landscape (CDCPP) in June 2016. A factsheet on gender equality and the European Cultural Heritage Strategy for the 21st century (Strategy 21) is being prepared.