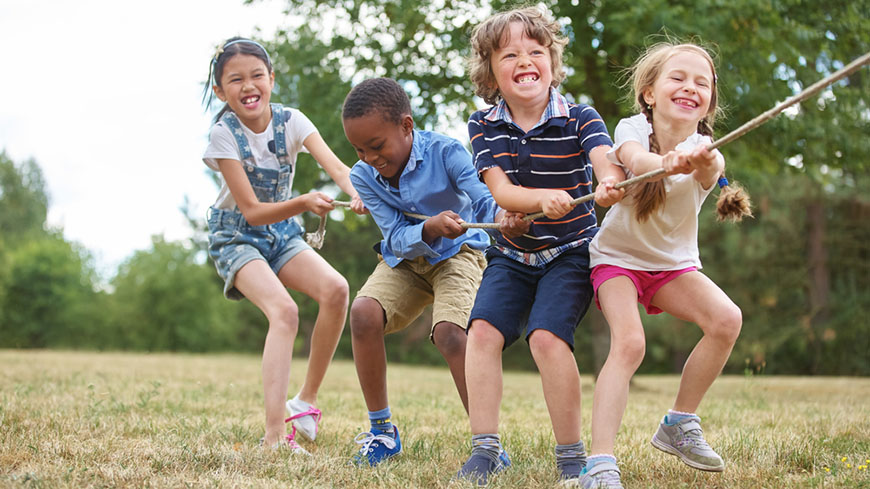 Achieving equality between women and men begins in childhood: children are gendered human beings and boys and girls have specific experiences and needs.

Girls in particular are more likely to be confronted with sexual violence, sexist stereotypes, or sex-based discrimination. For example, 27 % of women have experienced some form of physical abuse before the age of 15 at the hands of an adult. Gender-based stereotypes and expectations also affect girls’ and boys’ self-image, identity-building, health, skills acquisition, intellectual development, social integration and gender relations. These stereotypes affect boys’ and girls’ educational choices as well as everyday practices in the classroom, whereby girls are less encouraged to get involved with science, technology, engineering, and mathematics (STEM fields) and boys more likely to drop out from school. Gender stereotypes are omnipresent in children’s lives, as they are conveyed by toys, books, cartoons and movies, which can limit the development of their natural talents and abilities.  In practice, such stereotypes influence choices in relation to sports and leisure activities, involvement in household tasks and occupation of the public space, mostly to the detriment of girls. It is therefore crucial to recognise these differences in policy-making and to take into account the fact that gender stereotypes from the early stages of life condition girls’ full enjoyment of human rights and the realisation of gender equality in later life.

Gender mainstreaming and children’s rights at the Council of Europe

The Council of Europe Strategy for the Rights of the Child for 2016-2021  includes references to equality between girls and boys and to fighting violence against girls, gender stereotypes, sexism and the over-sexualisation of girls and boys.

The Council of Europe Convention on preventing and combating violence against women and domestic violence (Istanbul Convention) includes girls under the age of 18 in the definition of “women”. The Convention also addressed several forms of violence affecting girls specifically, such as female genital mutilation and forced marriage.

In relation to the sexual exploitation of children, the Council of Europe Convention on the Protection of Children against Sexual Exploitation and Sexual Abuse (Lanzarote Convention) criminalises sexual offences against children and requests states Parties to prevent child sexual abuse, protect victims and prosecute perpetrators. The Lanzarote Committee  published in 2015 its first evaluation report on how European states are protecting children against sexual abuse in the circle of trust, which contains some recommendations on gender equality. The Committee invited parties to gather data disaggregated on the basis of the sex of the child victim and of the perpetrator, and suggested that information and advice should be provided to girls and boys victims in a gender- and cultural-sensitive language.

See also sections on education, youth and on non-discrimination.