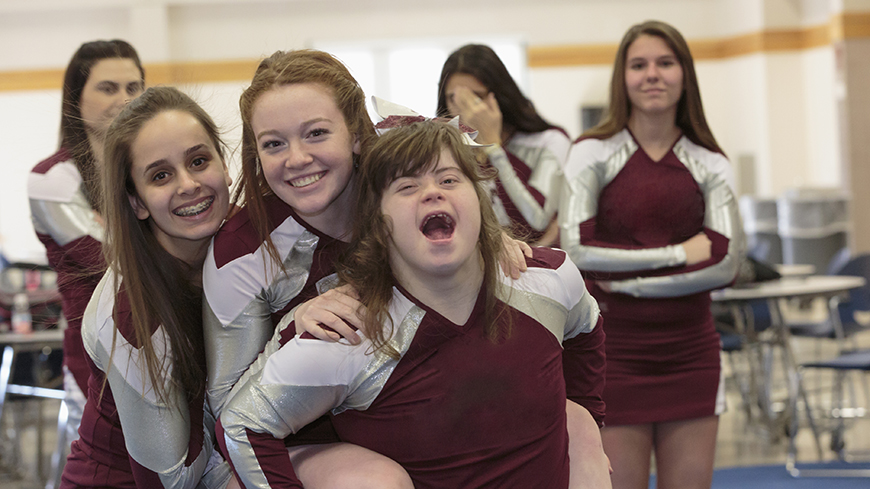 Women are part of many groups in society and sometimes form the majority of groups facing multiple forms of discrimination.

Intersectional discrimination on the grounds of social or ethnic origin, age, disability, sexual orientation or gender identity, among others, disproportionately marginalises particular groups of women who  face discrimination and violence, firstly as women, and secondly as part of a specific group. For example, women with disabilities face higher risks of discrimination and violence; Roma women face specific types of human rights violations such as forced sterilisation, but also other forms of violence and injustices both within and outside their community. The integration of a gender equality perspective into all policies and activities on non-discrimination is essential to both capture the needs of different groups of women and girls and to develop measures that are effective and adapted to the needs of all.

Gender mainstreaming and non-discrimination at the Council of Europe

The new Council of Europe Gender Equality Strategy 2018-2023 recognises the important challenge of ensuring that all women benefit from gender equality policies and the protection provided by relevant instruments, including disadvantaged groups of women. To that end, the new strategy also pays due attention to intersecting grounds of discrimination towards including multiple identities and intersectionality.

Rights of persons with disabilities

There is a Committee of Ministers Recommendation on the protection and promotion of the rights of women and girls with disabilities (CM/Rec(2012)6b). In addition, the Council of Europe Strategy on the Rights of Persons with Disabilities 2017-2023 integrates gender equality as a cross-cutting issue.

The situation and rights of Roma women are an integral part of the work of the Council of Europe on Roma and Travellers. Roma women’s issues have grown in visibility thanks to the International Roma Women’s Conferences organised since 2003. For example the 2017 6th International Conference of Roma Women  focused on Roma women’s political participation. The Strategy for the Advancement of Romani Women and Girls in 2014-2020 contains six strategic objectives aligned with the objectives of the Council of Europe Gender Equality Strategy 2018-2023. The Thematic Action Plan on the Inclusion of Roma and Travellers, adopted in March 2016, includes innovative programmes to empower Roma and Traveller women and girls. The Recommendation CM/Rec(2017)10 of the Committee of Ministers to member States on improving access to justice for Roma and Travellers in Europe, adopted in October 2017, addresses the challenges faced by Roman women in accessing justice. A  Joint Programme on Access of Roma and Traveller Women to Justice (JUSTROM) in five pilot countries (Bulgaria, Ireland, Italy, Greece and Romania) was launched in October 2016.

Discrimination on the basis of sexual orientation and gender identity

The work of the Council of Europe on protecting and promoting the human rights of lesbian, gay, bisexual,  transgender and intersex people is based on the Committee of Ministers’ Recommendation 2010(5) on measures to combat discrimination on grounds of sexual orientation or gender identity. The   Sexual Orientation and Gender Identity (SOGI) Unit  is carrying out co-operation activities with different member states to highlight the heightened risk of discrimination and violence that lesbian, bisexual and transgender women face, including due to the fact that they do not conform to stereotypical gender norms.

The Advisory Committee on the Framework Convention for the Protection of National Minorities (FCNM) has drafted a questionnaire on gender-related issues to be used in country monitoring.

Fight against racism and intolerance

See also sections on children and on youth.