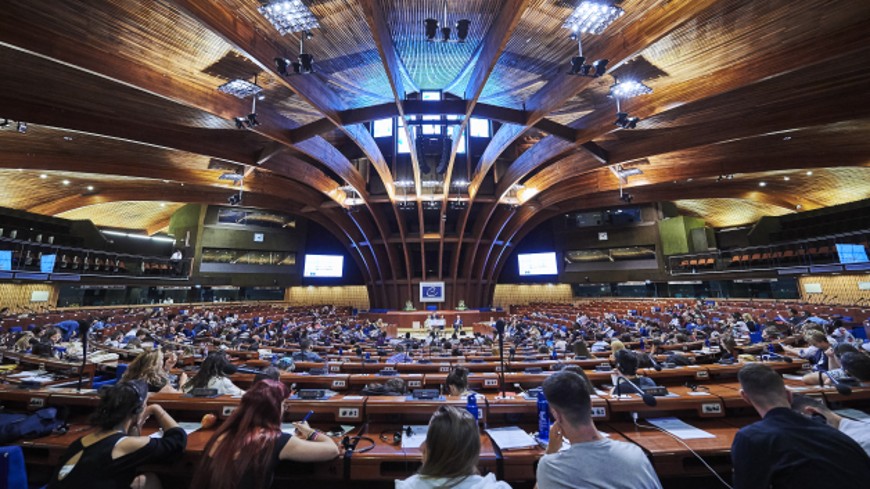 Youth-led organisations active at local, national, regional, and international level will be invited to apply for grants to the European Youth Foundation for their activities in the framework of the upcoming campaign.

The campaign will be run throughout the Council of Europe member states during the period from March to October 2022. It will aim at strengthening young people’s role in the process of revitalising participatory democracy and restoring mutual trust between young people and democratic institutions and processes. The campaign will focus on three key themes: revitalisation of democracy, meaningful youth participation and digitalisation.

In the framework of the campaign, national and international activities will take place allowing young people, youth workers, youth organisations and youth policy institutions to shape the themes, the content and the outcomes of the campaign in the spirit of participatory democracy.

A “Democracy Youth Festival” is planned to take place in Strasbourg from 27 June to 2 July 2022 which will bring together youth leaders and activists involved in the campaign from across Europe. The event will also mark the 50th anniversary of the youth sector of the Council of Europe.

A thematic calendar has been established to provide the timeline for the activities to take place within the campaign.

For that, the EYF will publish a special call for grant applications in early January 2022. The call will be for:

Organisations will be able to submit projects dedicated to the youth campaign including awareness-raising campaigns, debates and meetings with youth policy stakeholders (local, regional and national authorities’ officials and elected representatives), workshops and seminars for young people, artistic initiatives, etc.

Successful projects will be implemented offline, online or in hybrid format and preferably within the campaign calendar timeline. Close communication will be established with both the EYF and the youth campaign co-ordination team.

If you are a youth-led organisation and can offer activities that reflect the needs and interests of young people at local, national and international level within the themes of the youth campaign, you can already take some steps to prepare for the EYF special call for grant applications to be launched in early January.