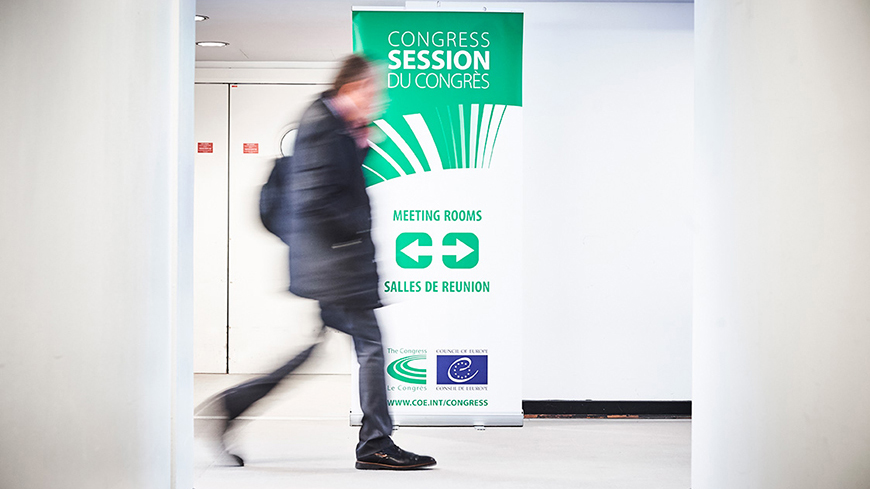 The Congress is a bicameral assembly of local and regional elected representatives including municipal or regional councillors, and mayors or presidents of regional authorities. Its mission is to improve local and regional democracy in Europe, to advance decentralisation and regionalisation processes, and foster transfrontier co-operation between cities and regions. It brings local and regional authorities’ perspective of democracy, human rights and rule of law to the Council of Europe and serves as a promoter of the Organisation‘s values and standards at that level. The Congress co-operates with the Committee of Ministers, the Parliamentary Assembly, the Commissioner for Human Rights, and steering committees.

The Congress observes local and regional elections at the invitation of the national authorities concerned. During their observation missions, delegations meet with various local and international NGOs.

It works in close co-operation with the Council of Europe Venice Commission and other international organisations such as the OSCE Office for Democratic Institutions and Human Rights (ODIHR). It maintains close institutional relations with European partner organisations in areas of common concern, with a co-operation agreement signed in 2018 with the European Union Committee of the Regions that ensures complementarity and avoids duplication. It also has co-operation agreements with the Assembly of European Regions, the Conference of European Regional Legislative Assemblies, and the Association of European Border Regions.

The Congress has always recognised the importance of co-operation between local and regional authorities and NGOs: in 2008 it published a joint memorandum on this theme with the Conference of INGOs. The revised “Code of good practice for civil participation in the decision-making process”, adopted in parallel by the Congress and the Conference of INGOs in 2019, defines ways to strengthen civil participation and sets out mechanisms for NGO participation while taking into account social and technological changes. A toolkit to support the code was developed and is in use within different co-operation projects. It includes an inventory of good practices and provides guidelines for local and regional authorities to ensure civil participation in political decision-making processes. The online compendium BePart is a new project developed jointly by the Congress, the Conference of INGOs and the Council of Europe’s Division of Elections and Participatory Democracy to offer public authorities and NGOs the opportunity to share best practices on successful implementation of the code.

The Congress offers four types of partnership status for European and international organisations and associations of cities and regions: statutory partner, institutional partner, observer partner and guest observer. Since 2014, the Congress invites one young person from each member state, chosen via a selection process, to participate as a youth delegate in its sessions and committee meetings. Follow these links for more information on partnership and on the BePart initiative.

The Congress has adopted the following reports and resolutions to promote civil society participation. It was also the driving force behind the European Charter on the Participation of Young People in Local and Regional Life: