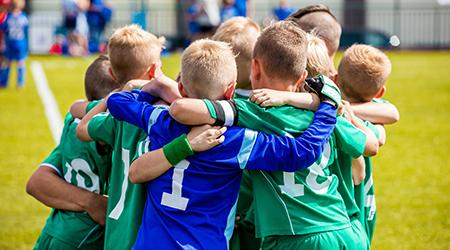 Lack of attention to sports development or an excessive focus on commercial interests and prestige at the expense of value-based sport for all affects its capacity to deliver benefits such as health, social inclusion and education to individuals and society.

The Enlarged Partial Agreement on Sport (EPAS) provides a pan-European platform of intergovernmental sports co-operation, involving both political and technical levels and including the public authorities of its member states, sports organisations and NGOs.

EPAS develops policies and standards to promote more ethical, inclusive and safer sport in member states. EPAS enabled the revision of the European Sports Charter in 2021 and will assist member states and other sports bodies to implement it. EPAS monitors the revised European Sports Charter and other recommendations. It provides technical assistance and capacity building to public authorities and the sports movement. It also supports dialogue and co-operation between governments and sports organisations, at political and technical levels.

EPAS works in close co-operation with the three existing convention committees and the ad hoc European Committee for the World Doping Agency (CAHAMA) on topics covered by the sports conventions and issues of common interest. The partial agreement works with international partners including the EU, UNESCO and the UNODC, the International Partnership Against Corruption in Sport (IPACS) and numerous International and European federations, umbrella organisations and NGOs involved in sport.

EPAS includes a consultative body made up of 29 civil society organisations. Civil society has actively participated in the drafting of the sports conventions and plays an important role in the work of their committees. Sports NGOs can apply for consultative committee membership by applying to the EPAS secretariat.

EPAS runs thematic projects to help its member states address issues such as discrimination in sport and child protection. This includes joint projects with the European Union such as child safeguarding in sport (CSiS) and its gender equality joint project All In. EPAS is also a partner in projects implemented by other organisations on themes such as migrants and refugees (and their integration through sport), and benchmarking sports governance across national boundaries.