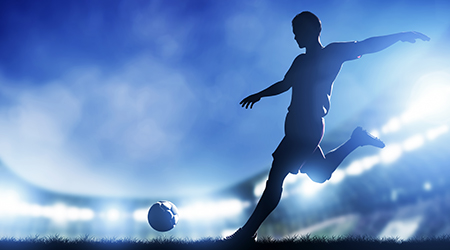 Sport is a major component of society, bringing people together based around values such as respect, mutual understanding, compliance with rules and fair play. At its best, it contributes to health and happiness, breaking down barriers and building trust and community spirit. It is an excellent vector for promoting the values and goals of the Council of Europe. Yet, sport faces growing threats and risks that can affect the health and wellbeing of players and spectators, including issues around safety, security and service and acts of violence, racism or other criminal offences. Threats also exist to the integrity of sport, such as the manipulation of sports competitions. The doping of athletes is also a challenge, making sport unfair for participants and spectators.

The Council of Europe contributes through its sports conventions: the Saint-Denis Convention on an integrated safety, security and service approach at football matches and other sports events which promotes safe, secure and welcoming sports events for all participants; the Anti-doping Convention and the Macolin Convention on the manipulation of sports competitions. These conventions are monitored to make sure they are properly implemented; standards are developed to promote Council of Europe values, emphasising issues such as the fight against violence, racism, xenophobia and discrimination, corruption, and digital technologies. Co-operation with the Enlarged Partial Agreement on Sport (EPAS) ensures maximum impact.

The Council of Europe co-ordinates appointments by European public authorities to the World Anti-Doping Agency (WADA) governing bodies. It develops strategic partnerships with sport organisations to embed Council of Europe principles and standards into their policies and operations and sets up platforms for engaging with civil society, such as athletes’ and supporters’ organisations.. It also works with many key international partners, including the EU, UNESCO, UNOCT, Interpol, FIFA, UEFA, WADA and the IOC.

A number of sport organisations, such as European and international sports federations, athletes organisations or major event organisers, have observer status in the sports convention committees. Consultation with civil society is organised regularly on specific topics, either through direct participation in meetings, through dedicated hearings or in writing.