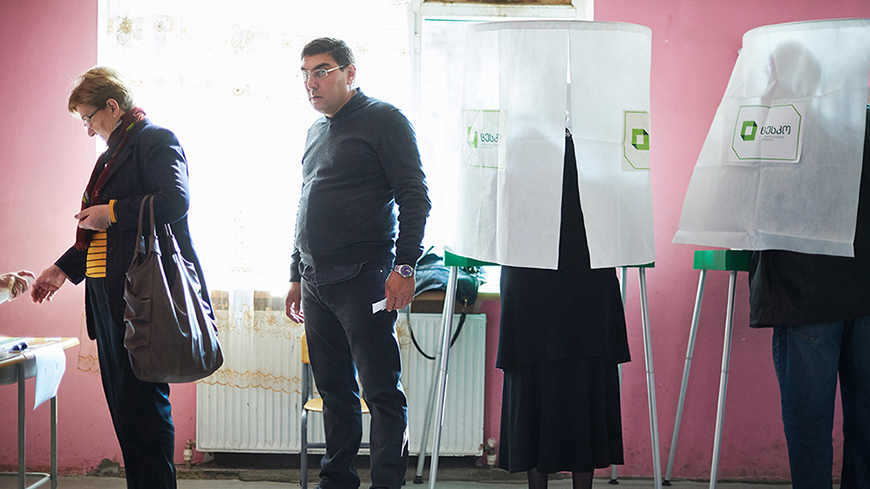 The Council of Europe works to ensure there is an adequate regulatory framework for elections and civil participation, building up the necessary capacities of public authorities and civil society to ensure free and fair elections and effective and transparent engagement of citizens in the political decision-making process. The aim is to create effective and sustainable citizen participation, which in turn will legitimise institutions and build trust.

Electoral cooperation is based on standard-setting, monitoring, and co-operation, guided by Council of Europe recommendations, opinions and other texts.

Co-operation is based on reports from election observation missions and Venice Commission opinions to help member states resolve shortcomings identified during the electoral process. If a member state or partner institution requests, the Council of Europe can also provide rapid response support before or after elections.

Another useful resource is The Vote Outside of the Box project and its online course, which supports NGOs to develop strategic approaches to raise awareness of electoral processes and to build electoral knowledge amongst young people as potential first-time voters.

The Council of Europe also contributes to awareness raising on the importance of participating in elections both as voters and candidates. It assists election administrations in developing voter education and information campaigns, with special focus on women, monitoring of media coverage , national minorities and other underrepresented groups of voters.

Further publications interesting for NGOs working on electoral matters can be found on ElecLab, an online compendium of electoral data, which produces interactive maps and graphics, such as analysis of the electoral process, trends concerning turnout, and representation of women in national parliaments. Eleclab provides information on the frequency of parliamentary elections and tracks general trends. It also provides direct links to election observation mission reports and recommendations adopted by the Parliamentary Assembly and the Congress.

The heart of participatory democracy is that citizens’ interests and needs should be the focus of every political decision-making process at all governance levels. Participatory processes allow for exactly that – giving citizens the possibility to take part in decision-making and to provide the impulse for change.

The Council of Europe has different standards, including guidelines for civil participation in political decision making, a recommendation on the participation of citizens in local and public life and a code of good practice for civil participation in the decision-making process. It organises round table events, expert discussions and public campaigns to raise awareness and knowledge regarding international and European standards, always including NGOs and citizens.

Various tools supporting participatory democracy are available on the Council of Europe website, including a tool to analyse and forecast decision options, a game-based training for citizens and schoolchildren and a toolkit for young girls and women from disadvantaged groups

An online compendium BePART is being prepared to share good practice examples of civil participation Initiatives. Share your own good practice here.