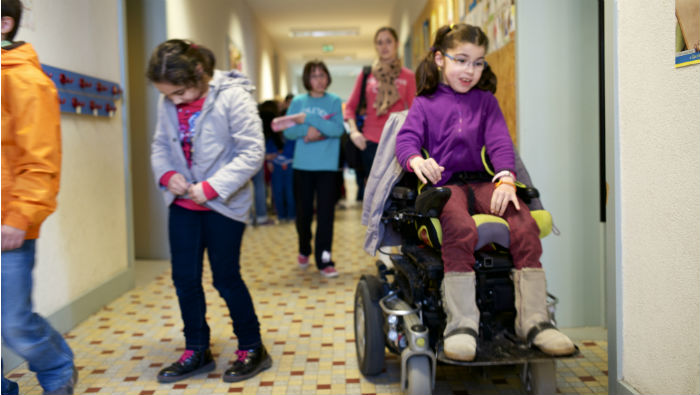 The Council of Europe’s EUR-OPA Major Hazards Agreement launched its Toolkit on Major Hazards and People with Disabilities at a one-day Workshop on 21 May in Brussels. The Toolkit provides guidance and examples of good practice for civil protection professionals, decision-makers and people with disabilities to reduce their vulnerability to disasters.

Initiatives already undertaken in some Council of Europe member States include alerts via mobile devices, sign language courses for firefighters and communication materials for rescuers and people with disabilities.

The Toolkit pays particular attention to the local level and provides guidance on how to include specifically local particularities into a generalised structure at regional or national level. The expertise and pioneering work developed by the Council of Europe has gained further importance with the adoption of the very inclusive Sendai Framework for Disaster Risk Reduction 2015-2030 at the Third United Nations World Conference on Disaster Risk Reduction in Sendai, Japan, on 18 March 2015.

Background information:
Despite the fact that the initiative for the Toolkit emerged from a specific  focus on people with disabilities and the Council of Europe publication Major Hazards and People with Disabilities (July, 2014), its focus is on empowering people with disabilities in the scope of a new ”human rights based approach” to ensure security of all people. Persons with disabilities do not deserve to have fewer rights than other groups, not just in emergencies, but in the whole “disaster cycle” (prevention, -including adaptation of buildings and education for risk- preparedness, emergencies and recovery). The content is based on the concept of « Design for All » emphasizing that suggested activities should take into consideration human diversity in a holistic way. Examples come primarily from the Council of Europe member States, but examples from around the world are included to broaden the perspective. A general call was disseminated end of 2014 and all the examples received are included.  The Toolkit will continuously be up-dated, so further contributions can be sent using the attached template.

Major hazards and people with disabilities. A Toolkit for good practices

Your contribution is important