Council of Europe and FIFA sign Memorandum of Understanding 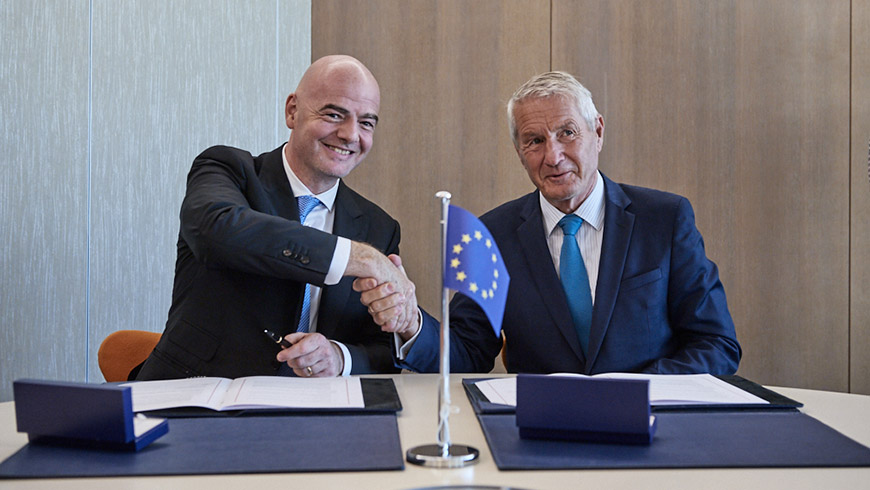 Council of Europe Secretary General Thorbjørn Jagland and FIFA President Gianni Infantino have today signed a Memorandum of Understanding at the Palais de l’Europe to strengthen the co-operation between the two Organisations and to step up actions in areas of common interest.

This landmark agreement focuses on several main areas of co-operation encompassing, among others, the promotion of human rights, good governance and integrity in and through football. The first step following this signature of the MoU will involve putting into place a co-operation plan to work on concrete areas such as child protection, the fight against the manipulation of sports competitions and the safety, security and services aspects of football matches.