“There is no place for violence against women in democratic cities and regions”, says Council of Europe Congress Spokesperson on Gender Equality 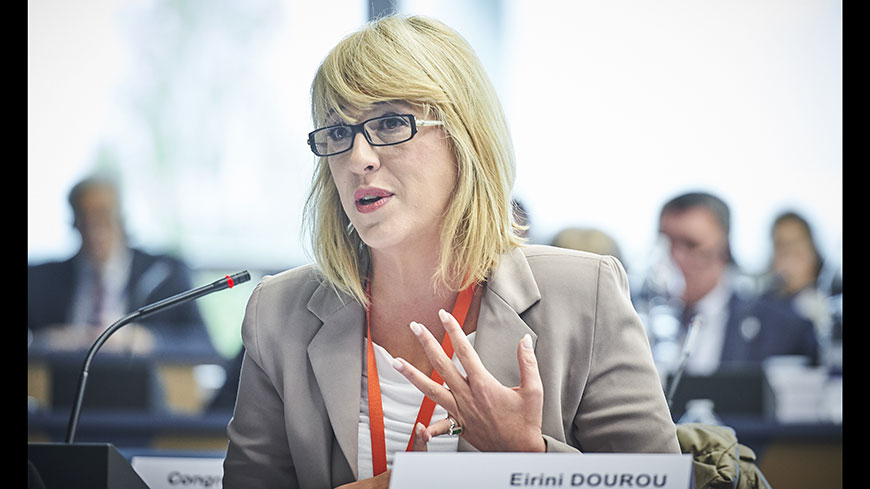 On the eve of the International Day for the Elimination of Violence against Women, held every year on 25 November, the spokesperson for the Council of Europe Congress on Gender Equality, Ms Eirini Dourou (SOC, Greece), made the following statement:

“Inclusive societies start with inclusivity at decision-making levels. However, women still remain under-represented in politics. All too often, sexist attitudes and violence against women discourage them from making their voices heard and participating in political life. The Congress is therefore convinced that ending violence against women is key for the fulfillment of women rights and for promoting women’s involvement in local and regional public life.

The Congress has developed the instruments needed to help local and regional authorities, the governance level closest to the citizens, combat sexist violence and facilitate women’s participation in public life. We were also the first body of the Council of Europe to put in place quotas for balanced representation amongst our members.

We now need to make sure local and regional authorities take action, for example by setting up complaint mechanisms within their administrations, developing confidential counselling mechanisms and introducing codes of conduct prohibiting sexist speech or harassment in local and regional councils.

The local level is the first level of entry for many women in politics and it is unacceptable that many of them decide to leave because of sexism or violence. Day after day, we have to work towards systematically eliminating violence against women in local governance. Today's International Day is just a reminder of the road ahead and of the urgency to do so.

As Congress Spokesperson on Gender Equality, today, I want to remind all mayors, city councilors and regional representatives that there is no just society without strong women rights, because women rights are human rights.

So today, let’s hold up a mirror to all local and regional authorities and ask ourselves: “What more can I do to make my city or region a place where women can safely stand for office?”