When is the appropriate time to initiate a public debate? 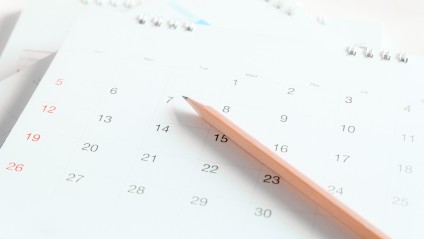 Public debate In this document and in Article 28 of the Oviedo Convention the overarching concept of ‘public debate’ is used to describe discursive interactions in the public sphere (that is, not in a professional context) through which individuals and groups may identify, explore and resolve their different interests in matters that affect (or potentially affect) them all. should be a continuous process rather than an event, although different kinds of public debate activities An organised activity, delimited in scope, intended to stimulate and to attend to public debate on a specific theme in the expectation that it will inform or influence policy development or governance. may be appropriate in different contexts and at key junctures. Public debate should be seen within the broader context of democratic governance In this guide ‘governance’ means the accountable use of power or authority to set, monitor, and enforce standards and behaviours within systems or organisations. It can mean both steering people’s behaviour and ensuring that they are held to account. Governance can be given effect through compulsory and non-compulsory measures (legal provision, licensing systems, professional norms, codes of conduct, recommendations etc.,). Governance can be a function of both public and private actors..

Public debate activities usually have a specified purpose and a predefined frame. But public debate does not have to culminate in the production of a single decision at a particular point in time.

Participants Public authorities, experts and citizens all may be regarded as participants in a public engagement activity or debate. should not feel like the decision has already been made and they can have little real influence. This applies both when decisions have been made on a political level but are facing criticism, and when the views of the public are sought before making the decision.

Continual public debate fosters a culture of active public participation which helps to create awareness and competence in matters that concern all citizens.

‘Upstream’ public debate activities take place at an early stage before research and scientific developments are translated into applications. They have been advocated as a way to increase social influence over the aims and directions of research and innovation, with the purpose of making science more socially responsible. The involvement of the public at an early stage can contribute to steering developments in a direction that is acceptable for society.

The early involvement of the public around values, hopes and fears can help researchers and policy makers orient innovations and developments in a direction that is acceptable to the public.

Quite often public debate is initiated in connection with a public policy making process with the intention of providing proposals for amendments to law or public policy.

When the initiative is politically controversial, there is a greater need to consider timing carefully and to avoid the likelihood that participants will only debate their different political positions. Under such circumstances it is important to allow sufficient time for a reflective consideration of the issues so that a variety of opinions and values are brought into the debate.

Conversely, where complex issues are caught up in conventional political oppositions, public debate processes can provide a space to explain and discuss these issues with a view to finding common ground.

There may be a need to avoid politically sensitive timing so that the outcome responds to issues rather than being influenced by political affiliation.

Danish Board of Technology organised a public debate to help inform policy makers about the public’s view on, amongst other things, priorities within health care, before deciding on the policy direction to be taken.

The question of repealing the Eighth Amendment of the Constitution of Ireland concerning the prohibition of abortion was a politically very sensitive issue, making it important to distance the Citizen’s Assembly from political influences. This was achieved by getting public agreement of key parties not to prejudice the debate.

‹ Who should be involved? IV. Effective Public Debate ›