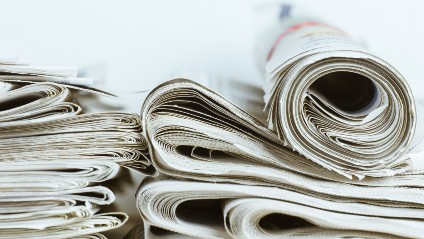 The structure of social relations and the way people share information, form collective opinions and influence public decisions has undergone significant change in the twenty-first century, not least owing to new information technologies, which have led to new modes of social interaction.

Developments in biomedicine, especially new technologies, are often complex; they arrive in socially and culturally defined circumstances, and they embody not only possibilities but also uncertainties and ambiguities. Very often the benefits are initially more apparent than risks and side effects, which cannot always be anticipated. These risks and side effects often come to light only through practical experience. By the time the consequences become more apparent it may be too late to change the course of developments.

Responsible approaches to biomedical innovation recognise a duty to anticipate and inform the public about developments that could have a profound impact on their lives and the societies they live in and involve them in guiding decisions towards an acceptable outcome, for instance how and under which circumstances to use a new technology. Public debate In this document and in Article 28 of the Oviedo Convention the overarching concept of ‘public debate’ is used to describe discursive interactions in the public sphere (that is, not in a professional context) through which individuals and groups may identify, explore and resolve their different interests in matters that affect (or potentially affect) them all. can help to explore the values and principles that underlie different responses to biomedical developments so that, when unanticipated implications emerge, policy makers can be better prepared to address them.

Despite its obvious benefits, the era of mass access to digital information technologies has, unfortunately, fuelled division in society. It has enabled the spread of misinformation, divided society and incubated self-reinforcing discussions among homogenous groups, encouraged intolerance of criticism, and excused the rejection of evidence in favour of opinion. The promotion of public debate, where contrary opinions can challenge each other, combined with tools of evidence, is an important counterbalance to such developments.

It is particularly important that interests should not be appraised only through aggregated opinion in environments that offer little opportunity for challenge or accountability, such as social media. Without inclusive debate there is a real risk that the voices of those in positions of vulnerability may be overlooked, even to the extent of them being unable to claim the protection offered by their human rights.

Technical developments can occur rapidly in the field of biomedicine and may pose challenges to legislators and health professionals.

New platforms for social interaction can create polarised debate within segregated communities around issues that may deserve broader and more inclusive reflection.

Without efforts to promote public debate the voices of marginalised and vulnerable groups may be drowned out or overlooked.

The rapidly evolving gene editing technology CRISPR-Cas9 has been identified as a bioethical concern which is highly relevant to address by public debate, both for purposes of awareness raising and for mapping risks and benefits. Germany is one of the countries that has organised a broad public debate on the issue, see German example on the initiative Genomchirurgie im gesellschaftlichen Diskurs in 2019.