Who should be involved 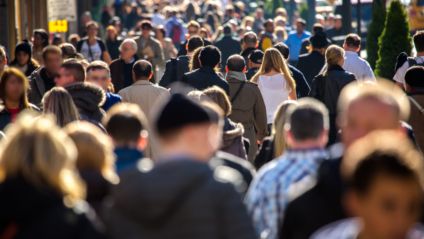 Who counts as a member of ‘the public’ may be anyone who is not primarily acting as an agent of political authority or of a relevant profession. In this sense, who makes up the public will depend on the issue at hand and the kind of interest and relationships they have to it. One person may have both a personal and social interest as a member of the public, and possibly also an interest through their work experience or sphere of professional interest.

There is no single, comprehensive, homogeneous and invariant ‘public’. Who is actually involved in public debates In this document and in Article 28 of the Oviedo Convention the overarching concept of ‘public debate’ is used to describe discursive interactions in the public sphere (that is, not in a professional context) through which individuals and groups may identify, explore and resolve their different interests in matters that affect (or potentially affect) them all. is important, particularly if some who might wish to participate are unable to do so. When thinking about public debate, it is important to consider who should be involved, what interests they would represent and whether there are barriers to participation for certain groups.

To speak of ‘the public’ can often imply homogeneity whereas, in reality, all societies embrace diverse social interests and perspectives. Not all issues affect the interests of everyone to the same extent, but everyone is entitled to a voice in public debate.

Relevant publics will emerge around a particular issue; some will assert their interests while others may need to be sought out and efforts made to involve them.

The intended public may be those with a direct interest, often referred to as stakeholders. The views of those with direct interests will be relevant in public debate on biomedical developments but many others may also be indirectly affected. To the extent that developments in biomedicine potentially transform opportunities for all, everyone will have an interest and is therefore a ‘stakeholder’.

Consideration should be given on how to represent the interests of those potentially affected with low impact but possibly high frequency as well as those affected with high impact but at low frequency. Those people might be remote in space and time from the initial implementation of a development.

Everyone is potentially a stakeholder in biomedical developments. Consideration should be given to identifying or mapping the range of different interests and differential effects.

Overrepresentation of disadvantaged groups may be desirable to ensure that their voices are heard in public spaces.

It is important not to assume that, for example, civil society groups or patient interest groups speak for all of civil society or for all patients.

It is equally important to keep in mind that those who are most assertive on public and social media may not represent the views of the majority of the public.

In developments that potentially concern the interests of everyone, it is usually neither practical nor necessary to involve a whole population in public debate. A sample of a population can give a helpful indication of the range of public views present in society.

The criteria by which a sample is defined and the size of the sample, however, need to be decided and thus depend on judgements. It is important to try to avoid that these judgements embed biased assumptions about what interests are relevant.

Careful consideration should be given to the relevant parameters for defining a representative sample of the population.

National referenda may be informative but are not a substitute for public debate; they can be counterproductive in the absence of effective public debate.

Involving a representative sample of the population may help to alert policy makers to possible distortions of the public interest created by intense lobbying or campaigns by interest groups.

When initiating a public debate activity, it may be necessary to take special steps to incorporate the voices of those who have non-obvious or indirect interests, or who may encounter barriers to participation. In many societies, for example, minority ethnic communities have not enjoyed equal access to the public sphere. Some relevant sections of a population might not be offered or able to find opportunities to participate in public debate. Some may even be unable – due to language, physical or psychological barriers, or for cultural and religious reasons – to take part in an invited event. In some cases, this lack of opportunity can relate to their human rights, or compound existing forms of social and political exclusion.

Children and young people have particular interests in the long-term consequences of adopting technological pathways. They may offer novel perspectives and distinctive views, but different approaches may be required to enable their safe participation in public debates, especially when the subject matter is sensitive. Older people comprise an equally significant part of the general population and are often disproportionately affected by alterations to health services.

Minority voices can easily become lost in quantitative or aggregative approaches when the participants are selected at random or as a representative sample of the general population.

Existing relevant networks and interest groups can provide a route to involving those with a particular interest in the issue or who may be otherwise hard to reach as well as people in positions of vulnerability. There may also be a need to take specific steps to include socially marginalised groups, who may be less likely to participate, for example working with recruiters or trusted mediators.

Issues of policy that affect a whole jurisdiction may affect the interests of people in different geographical areas differently. This might mean differences between metropolitan and rural, north and south, industrial and service centres, mainland and offshore, etc.

Young people’s participation might be safely enabled through school or youth groups.

To encourage the participation of older persons, it might be necessary to adapt the means of communication to their needs.

Trusted mediators can facilitate the participation of people in positions of vulnerability in ways that allow their voices to be heard and protect their privacy.

A Citizen’s Assembly comprising a representative group of 99 citizens and a chairperson appointed by the Government was formed to advise a parliamentary committee on repealing the Eighth Amendment to the Constitution, which prohibited abortion.

The project Genomchirurgie im gesellschaftlichen Diskurs engaged different groups, including school children. The students took part in a simulation game about a gene drive technology with their teachers using a specially developed toolkit.

The United Kingdom example of public debate “Public Engagement on Brain Science, Addiction and Drugs” demonstrated the value of taking innovative steps to involve hard-to-reach groups who may find it difficult to participate openly in invited public debate activities.

‹ What are the objectives? When is the appropriate time to initiate public debate? ›