I. Guide to Public Debate on Human Rights and Biomedicine 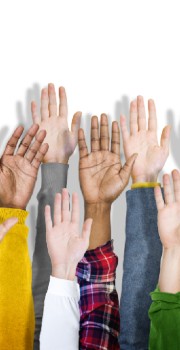 Developments in the field of biomedicine promise significant benefits for individuals, for society and for future generations. The pursuit of these benefits, however, often involves significant ethical and social challenges. It may rest on decisions made in the context of scientific uncertainty and conflicting values, but which may have far-reaching implications. Many biomedical developments have the potential to produce profound changes in the social and economic environment. They can challenge and potentially reconfigure the norms by which life is ordinarily lived. This is why the directions taken by biomedical developments, and the way the risks and potential benefits are distributed, are of profound public interest.

The Council of Europe Committee on Bioethics (DH-BIO) has produced this guide to assist member States in promoting public debate In this document and in Article 28 of the Oviedo Convention the overarching concept of ‘public debate’ is used to describe discursive interactions in the public sphere (that is, not in a professional context) through which individuals and groups may identify, explore and resolve their different interests in matters that affect (or potentially affect) them all. in this field. It aims to give guidance to those who take on the responsibility of initiating or supporting public debate and to those who respond to it through public policy. These include decision makers within member States, government officials and public authorities, national ethics committees, educational and academic institutions and other relevant organisations.

Besides promoting a culture of public debate, the guide describes why public debate is important in the governance In this guide ‘governance’ means the accountable use of power or authority to set, monitor, and enforce standards and behaviours within systems or organisations. It can mean both steering people’s behaviour and ensuring that they are held to account. Governance can be given effect through compulsory and non-compulsory measures (legal provision, licensing systems, professional norms, codes of conduct, recommendations etc.,). Governance can be a function of both public and private actors. of biomedicine and helps to identify appropriate and effective approaches according to the topic and circumstances. It does this mainly by encouraging a deeper reflection on the reasons, aims, participants and forms of public debate, and by offering some suggestions and examples. It is not intended to be a manual for public debate but a guide to approaching public debate in a way that can benefit all those involved, and ultimately, the public as a whole.

In this guide, the overarching concept of ‘public debate’ is used to describe discursive interactions in the public sphere through which individuals and groups may identify, explore and resolve their different interests in matters that potentially affect them all. ‘Debate’ is understood as an open-ended process; it does not imply any expectation that it will lead to an outcome with which everyone agrees.

A number of different tools and approaches exist, many of which have developed in the light of social science research, or in the course of practical policy making. Each of these has advantages and limitations, which are discussed in a large and growing academic literature. Many of these are illustrated by the examples presented in this guide and are further elaborated in the selected resources provided at the end of the document.

The Council of Europe Convention on Human Rights and Biomedicine (‘Oviedo Convention’) aims to promote human rights, democracy and the rule of law in relation to biomedical science and the practice of medicine. Article 28 of the Convention creates an obligation on member States to offer members of the public the opportunity to make their opinions count in the field of biomedicine. It says:

Promoting public debate in the light of Article 28 of the Oviedo Convention has the aims:

to raise public awareness, in particular by encouraging the circulation of information, views and opinions,

to promote discussion in the public sphere between different actors, groups and individuals, including those who may be in vulnerable or disadvantaged situations,

to consult the public including target groups and thereby to consider their interests and understandings, with a view to making informed policy decisions.

II. The need for public debate ›