What are the objectives? 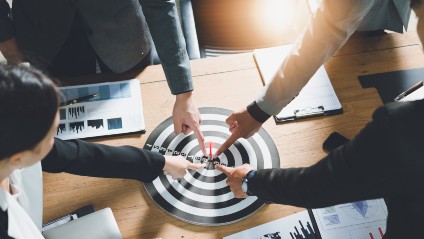 Having clarified the reasons for initiating a public debate In this document and in Article 28 of the Oviedo Convention the overarching concept of ‘public debate’ is used to describe discursive interactions in the public sphere (that is, not in a professional context) through which individuals and groups may identify, explore and resolve their different interests in matters that affect (or potentially affect) them all., a second set of questions concerns the specific objectives of the public debate activity An organised activity, delimited in scope, intended to stimulate and to attend to public debate on a specific theme in the expectation that it will inform or influence policy development or governance.: what are the anticipated outcomes and what benefits are they expected to deliver, and to whom? Again, there may be more than one objective and different benefits may flow to different parties involved in the activity.

The objective of engaging the public might be to inform people about new developments in biomedicine, to stimulate debate or to lay the foundation for further consultation or participation, and to open up a dialogue that could inform policy making in return. This might also have the effect of encouraging public engagement more generally.

Public debate should not only be about educating the public about biomedicine but about exploring the interaction between biomedical developments and social understandings and values. Bringing the debate onto these terms helps to redress imbalances of knowledge and power that can occur when publics Many social scientists and public engagement practitioners prefer the plural term ‘publics’ to the singular ‘public’ to avoid implying the existence of a single homogeneous group or that ‘the public’ has objective existence independently of the issues in question. interact with experts or officials.

In most states, the media play an important role in consolidating knowledge and spreading information. This is also the case when reporting advances in biomedical research, treatment methods, biomedical technologies and applications, making this knowledge explicit in relation to current events and issues, as well as curating new information and expertise.

A free press plays an important role in society (as the ‘Fourth Estate’), as a way to expose the manipulation of information, challenge orthodoxies and evaluate new knowledge. Public media reach a large number of people but are often seen as reporting from a particular ‘angle’ and often trying to mobilise emotional responses. They can be responsible for ‘hyping’ new developments or distorting the level of technical uncertainty. Nevertheless, their role should not be underestimated as an important channel of information, which is essential for involving the public.

Social media can support and extend the function of public media but, insofar as they produce self-referential ‘information bubbles’ or ‘echo chambers’, they can just as easily reinforce prejudice and misinformation, and even spread disinformation. Another limitation is that not all have access to the same information, as discussion groups in social media tend to be for members only.

Biomedical researchers can have an important role to play in communicating with the public about developments in biomedicine. Exchanges between researchers and the public help to foster public trust in science and help scientists pursue their research with regard to the interests and values of society. Experts, however, often require specific training in how to communicate their work to non-specialists. Communicating with the public (for example, speaking to the mainstream press) may be seen as part of the obligations of researchers, particularly if their work is publicly funded, and might be made a condition of grants. Early and continuous information about research can be achieved by, among other things, funding and promoting seminars, development of webpages and producing educational material for schools.

The involvement of both researchers and media can help to foster a culture of trust in science and technology.

Consideration should be given to how researchers and policy makers might work with the media to encourage and support the unbiased presentation of factual information and the sober critique of evidence and opinion from different sources.

One important aspect of engaging the public is to identify issues of concern. These might be concerns that experts and policy makers anticipate will arise and want to explore in more detail or they might be unexpected concerns that emerge when people begin to consider biomedical developments.

Early debate around such developments can help to anticipate concerns before they become entrenched and difficult to address. It can allow for concerns to be met in more time- and cost-effective ways, for example, through adaptation in the design of technologies and the ways in which they are brought into practice.

Handling issues of concern at an early stage can give policy makers and researchers confidence in the broader acceptability of their aims.

Identifying issues of concern can improve the chances of implementing new developments successfully.

An important objective of public debate activities is to gather evidence of the range and content of public views to inform decision-making.

It is important to know to what extent the evidence of public views will represent informed conclusions and to what extent it is the expression of underlying beliefs or values. It may also be important to know what informs these views (for example, technical knowledge or religious faith), how entrenched they are, and in what ways and for what reasons they might alter over time.

Consideration should be given to what kind of evidence will be relevant to understand public views (e.g. quantitative or qualitative) and how the use that is made of the evidence will be justified. For example, observational research, such as social media analysis, can be cost effective but has limitations in terms of how informative it can be, owing to the lack of control over information and the social dynamics in play.

Interaction with the public provides an opportunity to collect evidence of public views in order to confirm or to contest claims about the range, content and (possibly) balance of views on a particular subject.

Certain forms of interaction with the public can help to reveal the bases on which public views are founded and explore the facts and beliefs by which they are informed.

The objective of public debate might be to involve the public in decision making, for example to shape the development of policy options, or to involve them in the governance of new technologies, through monitoring or reviewing activities.

Public participation has a number of benefits, including increased legitimacy through representation and ensuring conformity with social values. However, it is important to understand the relationship between the members of the public involved and the broader public whose interests are at stake (see next section).

In the French “États Generaux” project, the media was recognised as a key actor and training for media professionals was organised ahead of public debate activities to promote balanced reporting on the selected topics and their ethical implications.

The French National Consultation (“États Généraux”) aimed to involve as large a public as possible in participating in public debate on bioethical themes feeding into the legislative process. Broad coverage in media, a website where the public could participate and the use of regional fora for public debate activities created good opportunities for participation and helped to build capacity for further debate.

During the Cypriot Awareness Week on nursing homes for the elderly, a Code of Conduct for Journalists and the Mass Media was prepared as a result of the public debates held in order to provide guidance for journalists when reporting on aspects regarding the care of elderly people.

In the debate on Genomchirurgie im gesellschaftlichen Diskurs in 2019, two training seminars were organised where journalists and editors convened with scientists from the fields of biology, medicine, ethics and the law to understand genome editing from multiple perspectives. The goal was to foster qualified media coverage on the topic.

Finland - Citizen's initiative to the Parliament (2012)

An official website was introduced in 2012 where the public may raise issues of concern, bring them to the attention of legislators and automatically have them debated by parliament if more than 50,000 citizens sign an online petition.

‹ Reasons for initiating public debate? Who should be involved? ›