The Agenda 2030 for Sustainable Development

The 2030 Agenda for Sustainable Development was launched by a UN Summit in New York on 25-27 September 2015 and is aimed at ending poverty in all its forms. The UN 2030 Agenda envisages “a world of universal respect for human rights and human dignity, the rule of law, justice, equality and non-discrimination”. It is grounded in the Universal Declaration on Human Rights and international human rights treaties and emphasises the responsibilities of all states to respect, protect and promote human rights. There is a strong emphasis on the empowerment of women and of vulnerable groups such as children, young people, persons with disabilities, older persons, refugees, internally displaced persons and migrants.

The Agenda’s 17 Sustainable Development Goals (SDG), and their 169 targets, aim at eradicating poverty in all forms and “seek to realize the human rights of all and achieve gender equality”.

The contribution of the Council of Europe

The Council of Europe contributes to achieving these goals through most of its sectors through work funded by the ordinary budget as well as with extra-budgetary contributions. SDG number 16 "Peace, justice and strong institutions" is particularly relevant for the Council of Europe, with virtually every sector of the Organisation being involved in achieving the goal.

The sustainable development agenda is particularly important for the Organisation’s development co-operation programmes. The Council of Europe’s new Project Management Methodology is also there to ensure that methods as well as substance of these programmes contribute to achieving the agenda, including through a human rights approach. Overall, the cooperation programmes carried out via the Directorate of Programme Co-ordination are currently worth €200 Million. For more information, see the Council of Europe's thematic page. 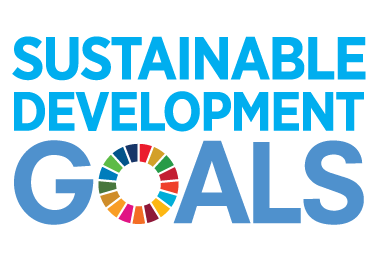 NB: The Court’s case law contributes to the progress towards many goals of the UN 2030 Agenda for Sustainable Development.