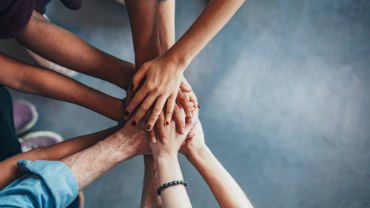 The Pompidou Group has contributed to the development of know-how and capacities for more effective implementation, management and evaluation of drug policies, through its training concept designed for executives and managers in the field of drug policy and related services. The Executive Training on Drug Policy has become an integral part of the Pompidou Group’s International Drug Policy Academy launched in 2021.

The Pompidou Group has supported policy makers in developing coherent policy markers for licit and illicit drugs. These can be used to improve national action plans and strategies based on evidence-related research, guidelines, manuals and good practice inventories. Data collection methods and indicators on drug use developed by the Pompidou Group led to the creation of the European Monitoring Centre for Drugs and Drug Addiction (EMCDDA) and paved the way for the European School Survey Project on Alcohol and Other Drugs (ESPAD).

Thanks to the work accomplished within MedNET, the Pompidou Group’s Mediterranean network for co-operation on drugs and addictions, the first observatories on drugs and addictions were set up in the region, drug use among teenagers evaluated and national drug strategies improved by integrating a human rights and gender dimension.

Read more about the achievements of the Network

The Pompidou Group’s Criminal Justice and Prison Programme supports governments in developing evidence-based criminal justice policies and comprehensive drug treatment systems in prisons. The various projects carried out under the Programme have supported governments, public administrations and civil society organisations in improving drug treatment programmes and the social re-integration of detainees with a history of drug use in an effort to reduce relapse and recidivism.

Read more about the Criminal Justice and Prison Programme

The Pompidou Group has provided member states with ideas for drug prevention policies that prevent, reduce or delay drug use. School-based life skills training has been developed by the Group and implemented in several member states with its support. The Pompidou Group’s reference framework for the prevention of alcohol and drug use in the workplace can be used for developing prevention policies that contribute to employees' health, safety and well-being.

Education and training in substance use disorders

Prevention in the workplace

The Pompidou Group has facilitated civil society involvement in policy development and implementation. Its policy paper on interaction between government and civil society organisations provides guidance and tools for decision makers and policy managers to develop practical and meaningful ways of involving civil society in all stages of policy making.

The PG has pioneered and supported the inclusion of a gender dimension in drug policies in Europe. It has provided a better understanding of the connection between violence experienced by women and drug use, the gender dimension of non-medical use of prescription drugs and gender-specific needs in the treatment of substance use.

Read more about the gender dimension of drug policies

Working together on the local and international level

The Pompidou Group has contributed to improving public safety and health at local level by creating networks of practitioners and frontline workers that have developed practical solutions to pressing issues such as open drug scenes in cities, drug use among internally displaced persons in Ukraine and the health situation of people who use drugs (PWUD) in the context of COVID-19. Frontline workers united under the Group’s European network of practitioners EXASS Net promoted hands-on drug policy actions, transcultural drug work, and early intervention. The Pompidou Group has linked actions at the local level with strategic co-operation on the international level by aligning policies and actions with the 2030 Sustainable Development Goals. The Group has also built bridges over continents to encourage mutual learning in drug policy co-operation, for example with the Inter-American Drug Abuse Control Commission (CICAD).

Drug use among internally displaced people and refugees (link?)

Drug use and the Covid-19 pandemic

Interested in the ongoing work of the Pompidou Group? Have a look at our activity page.