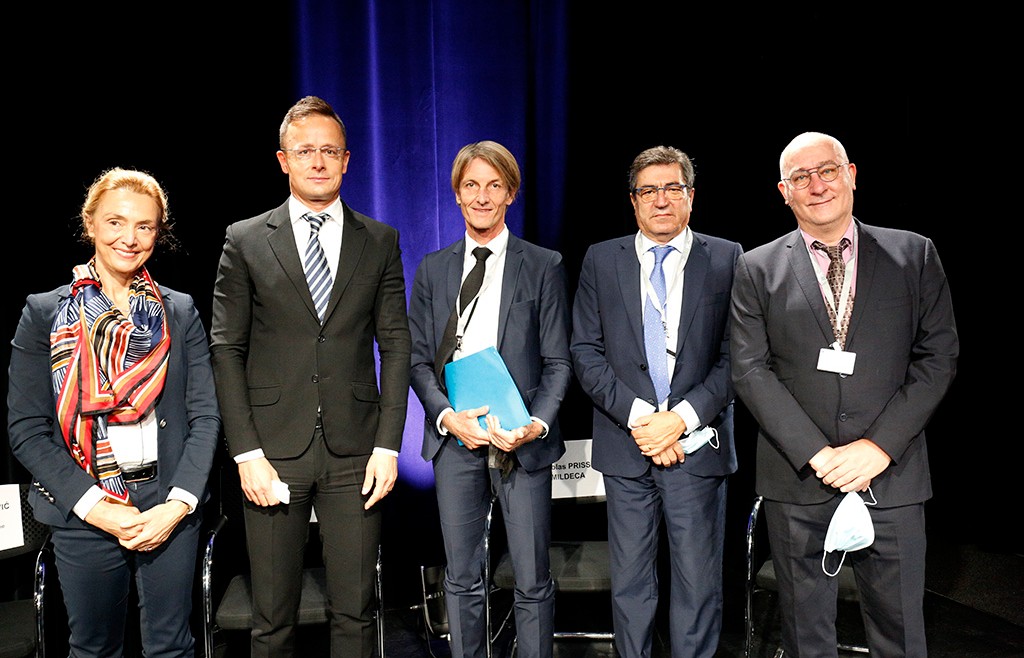 Not so long ago a hard-line war on drugs was the favoured approach by many in Europe. And while it is clear that crime must be fought and the law enforced, it is also evident that a humane, evidence-based, expert-informed approach to drug policies has gained ground. The Pompidou Group has been central to this evolution of perspective and practice,

In their opening statements, Péter Szijjártó, Hungarian Minister for Foreign Affairs and Trade, current Chair of the Committee of Ministers of the Council of Europe, António Lacerda Sales, Deputy Minister of Health of Portugal, and Nicolas Prisse, President of the French anti-drug authority MILDECA, have congratulated the Group on its achievements.

50 years ago French President Georges Pompidou made an ambitious and progressive step in international drug policy cooperation by establishing the Pompidou Group, joining efforts with six other European countries. Better understanding and responding to the growing phenomenon of drug use and the transnational trafficking of drugs were the initial goals of the Group. Since then, the Pompidou Group has grown to 42 member States and, with its revised statute, it has been working to place human rights at the centre of drug policies.

The celebratory event, symbolically held in Paris at the Pompidou Centre on 28 October 2021, traced five decades of drug policy evolution and Pompidou Group achievements through testimonies of current and former Presidents, Vice-Presidents and Executive Secretaries and the 'Dean' of Permanent Correspondents. It also debated the future of the Group in promoting a human rights-based approach in drug policies. The programme addresses the most recent developments, such as the accession of Ukraine and the new statute presented by the Portuguese Presidency.