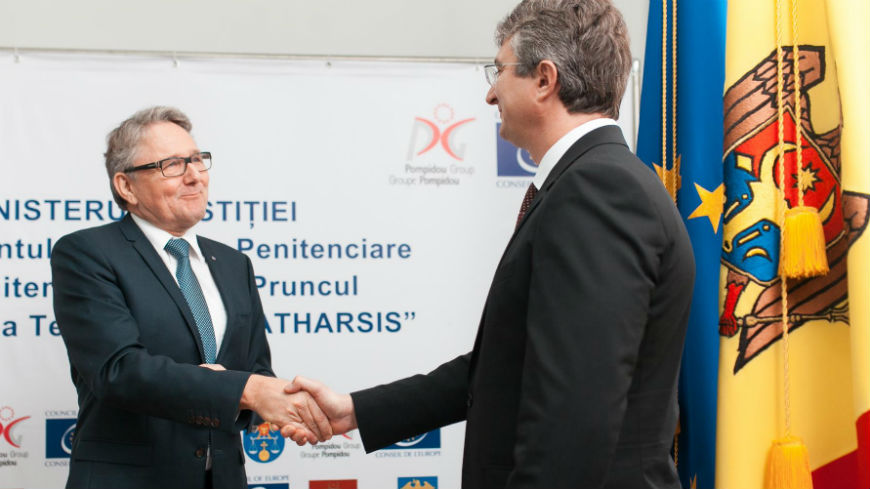 The opening of the first prison-based Therapeutic Community in Pruncul prison in the Republic of Moldova on 29 November 2017. “This ambitious and noble project will be a further successful and much needed drug dependence treatment programme in the Moldovan prison system”, said the Moldovan Deputy Minister of Justice, Anatolie Munteanu after cutting the red ribbon during the opening ceremony. Thomas Kattau, Deputy Executive Secretary of the Pompidou Group added that “this project can serve as a model for Europe and beyond. It will empower prisoners to overcome their drug dependence while further improving the human rights situation in prisons”. Together with the Moldovan Department of Penitentiary Institutions the Pompidou Group had refurbished a prison ward which accommodates the new Therapeutic Community. In addition, prison staff and social workers had been trained in cooperation with the Norwegian NGO Phoenix Haga in the framework of the Pompidou Group project “Criminal Justice Responses to Drug Dependent Prisoners” which is part of the joint Council of Europe and European Union programme “Partnership for Good Governance” (PGG).