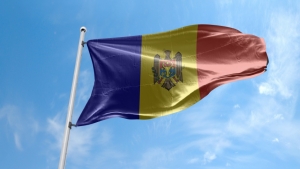 On 1 March 2020, the new Council of Europe Project “Promoting European standards in the audio-visual regulation of the Republic of Moldova” was launched. The Project will be implemented during 14 months, and is funded by the voluntarily contributions of donors in the framework of the Council of Europe Action Plan for the Republic of Moldova for 2017-2020. The Project’s total budget is EUR 310.000.

The “Promoting European standards in the audio-visual regulation of the Republic of Moldova” Project is a follow-up to the EU-Council of Europe Joint Programme “Promoting Media Freedom and Pluralism in the Republic of Moldova”, implemented in 2016-2019, and built upon its achievements. Through the above-mentioned JP, the Council of Europe addressed the need of the country to strengthen media pluralism and ensure an independent and professional public broadcaster committed to neutrality, which are essential pillars for fulfilling the country’s democratic reforms agenda. The adoption of the new Audio-visual Media Service Code in October 2018 was a landmark outcome contributing to an enabling environment for media pluralism and implementation of the EU Audio-visual Media Services Directive.

The new Project will address the needs of the country to strengthen the media and broadcasting sector through implementation of European standards in the regulatory framework related to media pluralism and enhancing the professionalism of public service broadcasters.  The activities are structured around two components focusing on: (1) the improvement and proper implementation of the regulatory framework related to media pluralism; (2) enhancing professionalism of public service broadcaster.

The Project’s expected results are:

The key partners of the Project are the Audiovisual Council, public broadcaster TeleRadio Moldova and the Parliament of the Republic of Moldova. The Project will also involve local civil society organisations working in the field of media and relevant professional associations as partners.