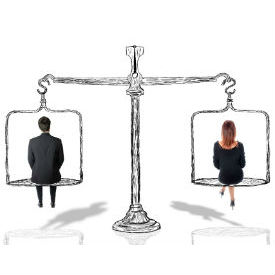 Gender equality is a prerequisite for human rights, democracy and social justice. It benefits society as a whole.  Media and editorial freedom, media pluralism and gender equality can advance one another. The European Convention on Human Rights bans all types of discrimination, including on grounds of gender. Not only women, but also men can suffer from the standards imposed by gender stereotypes and sexist advertising in the media. For these reasons, there is a need to create equal access to media work and management posts for both sexes and the presentation of men and women in the media must not undermine gender equality.

To promote gender equality in the media, the media and internet division engages in standard-setting activities based notably on the European Convention on Human Rights and the case law of the European Court of Human Rights. The aim is for member states to update their legal framework, national indicators and judicial practices as well as to increase reflection, discussions and awareness-raising among actors within the private sector, the civil society and governments of member states. The sharing of best practices among member states is another important tool. Example-setting measures are encouraged by insisting on the pioneering role that public service media should have in matters of gender equality and by encouraging self-regulatory measures such as codes of ethics and internal supervision. The division also collaborates with and promotes the work of other institutions and organisations, for instance UNESCO’s precious “Gender-Sensitive Indicators for Media” (GSIM) or the International Women’s Media Foundation (IWMF) and its Global Reports on the Status of Women in the News Media.

Recommendation on Gender Equality in the Audiovisual Sector

Gender Equality Commission of the Council of Europe website

The MSI-MED, Committee of experts on pluralism of the media and transparency of media ownership, prepared a Study on the issue of gender equality in the media coverage of elections. The study reaffirms the need to mainstream gender equality and incorporate it in all aspects of electoral coverage, including through implementation of the existing standards of the Council of Europe, as well as through media education and research.

Media and the Image of Women - Conference of the Council of Europe organised by the Gender Equality Commission in partnership with the Ministry of Education, Culture and Science of the Netherlands, 4-5 July 2013, Amsterdam