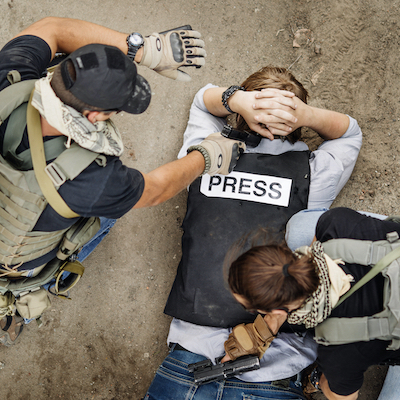 In April 2016 the Committee of Ministers of the Council of Europe adopted Recommendation CM/Rec(2016)4 on the protection of journalism and safety of journalists and other media actors, condemning the alarming and unacceptable level of threats to journalists and media actors in Europe and providing specific Guidelines to member states to act in the areas of prevention, protection, prosecution, promotion of information, education and awareness rising. The Council of Europe is continuously working on the implementation of CM/Rec(2016)4 by supporting national authorities through cooperation assistance activities and by providing responses to challenges to media freedom and safety of journalists.

Recent murders of journalists in Council of Europe states, including the killings of Ján Kuciak and his fiancee Martina Kušnírová, Daphne Caruana Galizia, Dmitri Popkov, Saeed Karimian and Pavel Sheremet, demonstrate the urgent need for redoubled action for the prosecution of such killings, as well as concrete and effective prevention and protection mechanisms. To this end, the Council of Europe is looking to devise a more strategic and systematic implementation of Recommendation CM/Rec(2016)4 by way of a strategy encompassing a number of actions including, inter alia: the identification of priority areas of implementation of the Recommendation through the input of NGOs and journalist associations active in the area of safety of journalists; the collection of “valuable practices” in the areas which have been identified as deserving priority implementation through input received by journalists and journalist associations as well as by Member States; the production of a technical guide to the Recommendation explaining and providing context to the priority areas for implementation of the recommendation and offering suggestions for implementation.

The Implementation Strategy of CM/Rec(2016)4 reflects the results of the following requests for input*:

*Please note that requests for input have expired. The documents are displayed for information only.