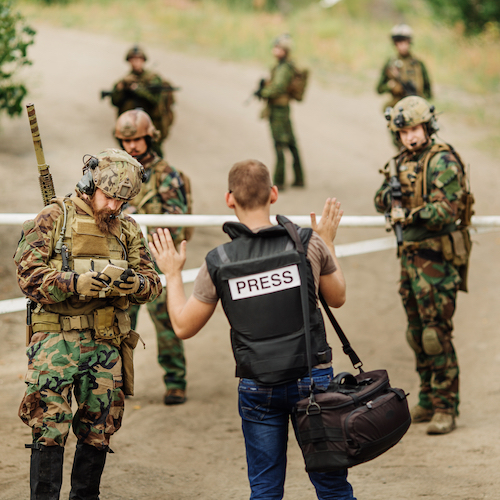 Conflict situations are also often a fertile soil for mass disinformation campaigns intended to undermine the proper understanding of the developments, as well more generally, security, public order and peaceful democratic processes. There is a vital need to develop tools to more effectively protect democracy from “information weapons”, while preserving freedom of expression and freedom of the media both in the countries involved in the conflict and more widely.

This document provides guidance to Member States on how to ensure to the maximum of their ability the safety of media professionals in times of crises while also guaranteeing their freedom of movement and access to information. Military and civilian agencies managing crisis situations should take practical steps to promote communication with media professionals, including through briefings, press conferences and press tours. They should do so on an equal basis and without discrimination. The guidelines call on member States to protect journalists’ sources of information and material, to provide guarantees against the misuse of defamation legislation and undue limitations on freedom of expression and information and warns against the manipulation of public opinion. The guidelines also address media professionals and their employers on their special responsibilities in times of crises, the former in terms of adherence to the highest professional and ethical standards, and the latter in terms of provision of training, safety equipment and insurance. The guidelines further stress the need to strive for dialogue and cooperation between governments, the media, national and international governmental and non-governmental organisations to ensure the protection of freedom of expression and information in times of crisis.

The Committee of Ministers solemnly reaffirms that all journalists working in situations of conflict and tension are, without qualification, entitled to the full protection offered by applicable international humanitarian law, the European Convention on Human Rights and other international human rights instruments.

Many provisions are largely relevant and to be considered applicable in both conflict and non- conflict situations.

Paragraph 16: Member States should encourage media organisations, while not encroaching on their editorial or operational autonomy, to fulfil their institutional responsibilities towards all journalists and other media actors working for them – in salaried, freelance and all other capacities. This may include the adoption of in-house guidelines and procedures for the deployment of journalists and other media actors on difficult or dangerous assignments, for instance in conflict zones. Such deployment should be voluntary and informed. Institutional responsibilities also include providing journalists and other media actors with adequate information, including on the risks involved, and requisite training in all matters of safety, digital security and privacy, as well as arranging for life assurance and health and travel insurance as part of a comprehensive and equitable package of work conditions. These institutional responsibilities additionally include, as relevant, the provision of legal support and representation and trauma counselling on return from assignments.

Paragraph 26: The State should not unduly restrict the free movement of journalists and other media actors, including cross-border movement and access to particular areas, conflict zones, sites and forums, as appropriate, because such mobility and access is important for news and information-gathering purposes.

Paragraph 27: The effectiveness of a system of protection may be influenced by contextual factors, such as in crisis or conflict situations, where there are heightened risks for the safety and independence of journalists and other media actors, and where State authorities may experience difficulties in exerting de facto control over the territory. Nevertheless, the relevant State obligations apply mutatis mutandis in such specific contexts, which are at all times subject to international human rights law and international humanitarian law.

The Assembly notes with concern that, today, States are more and more often confronted with the phenomenon of “hybrid war”, which poses a new type of threat consisting of a combination of military and non-military techniques such as cyberattacks; mass disinformation campaigns, including fake news, in particular via social media; interference in election processes; disruption of communications and other networks; and many others.

The Assembly also expresses deep concern regarding numerous cases of mass disinformation campaigns intended to undermine security, public order and peaceful democratic processes. There is a vital need to develop tools to protect democracy from “information weapons”, while preserving freedom of expression and freedom of the media in the country under attack.

The Assembly recalls that when countering hybrid war, States are bound to respect human rights law.

The Assembly recommends that the Committee of Ministers conduct a study on hybrid war threats, with a special focus on non-military means; step up co-operation with other international organisations working in this field, in particular the European Union and the North Atlantic Treaty Organization (NATO); promote the ratification by member and non-member States of the Convention on Cybercrime (ETS No. 185).

The right to freedom of expression and information constitutes one of the essential foundations of democratic society. In conflict situations and wars, human rights and international humanitarian law are often violated. It is thus indispensable that the public receive information about such conflicts and wars. As others who decide to work in conflict areas, journalists take consciously a special risk by working there. They do so in order to provide news and comment about such conflicts and thus serve the public.

EU Recommendation on the protection, safety and empowerment of journalists 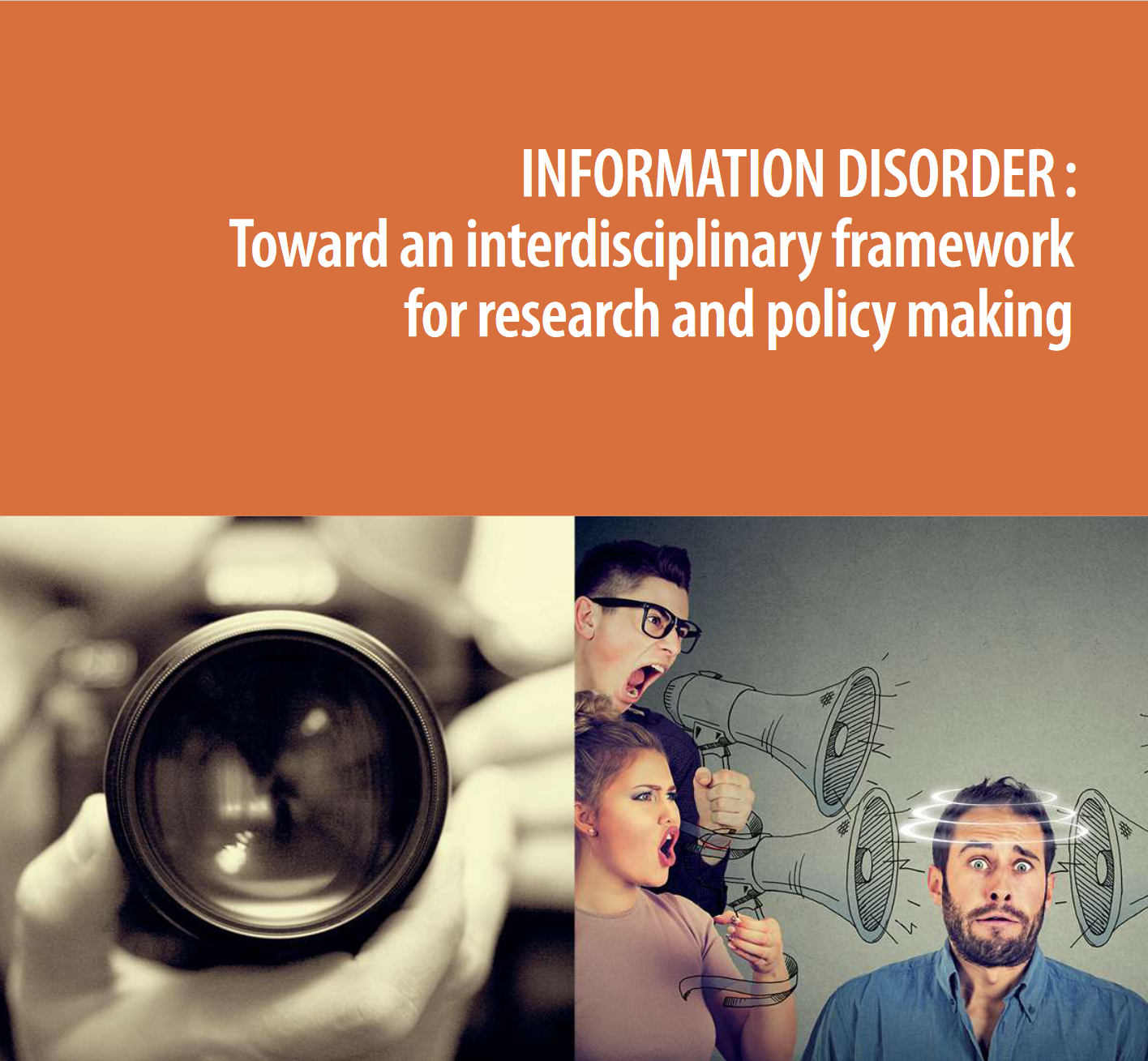 Report: Information disorder: Toward an interdisciplinary framework for research and policy making (2017)

dismantled the complexity of the phenomenon by looking into its constituent elements, its mechanism and main patterns. The report offers a set of recommendations on addressing disinformation, and among them – a recommendation that technology companies should build fact-checking and verification tools. 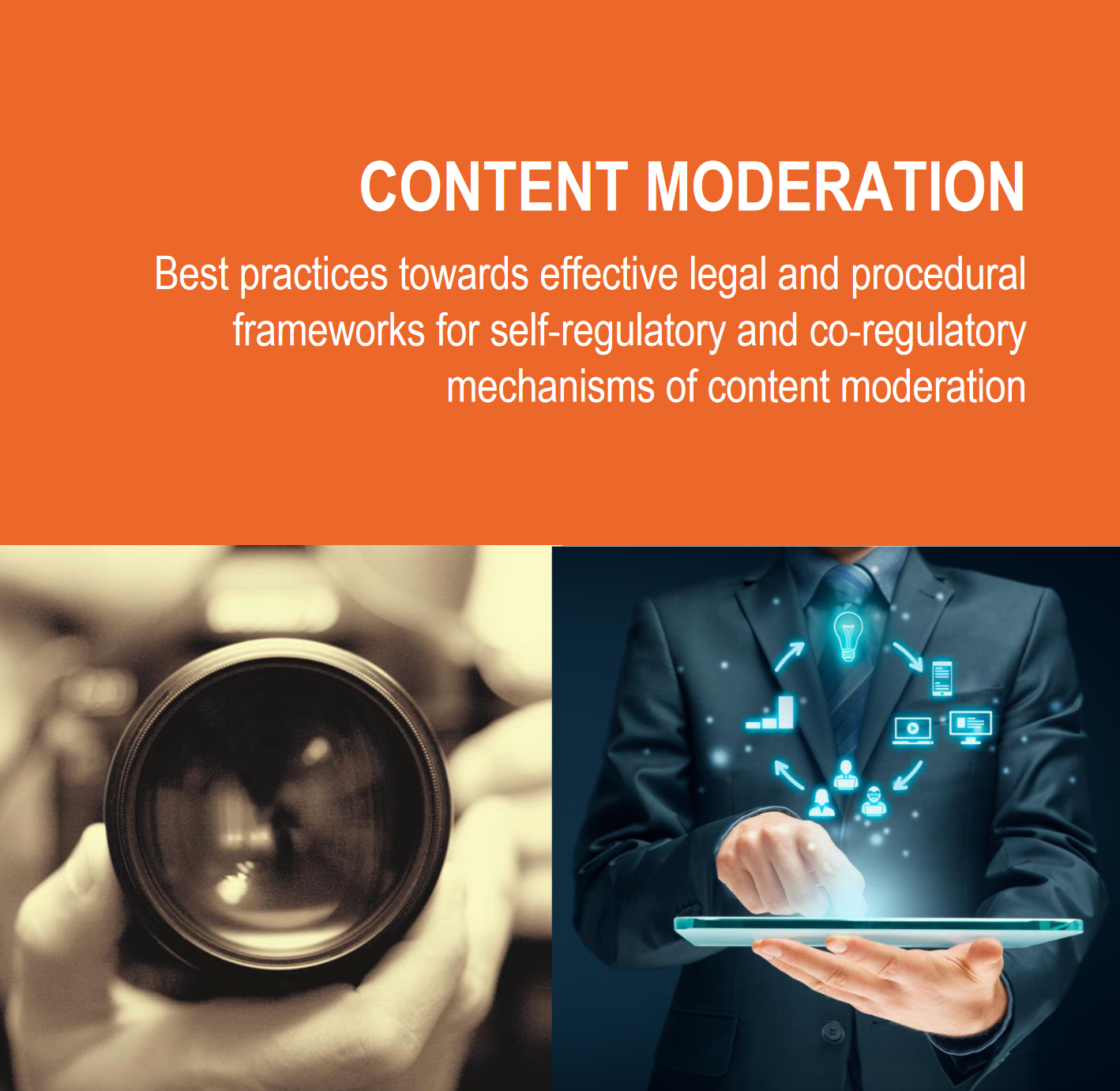 is of immediate relevance and also contains some provisions regarding the use of flagging and other techniques related to fact-checking. 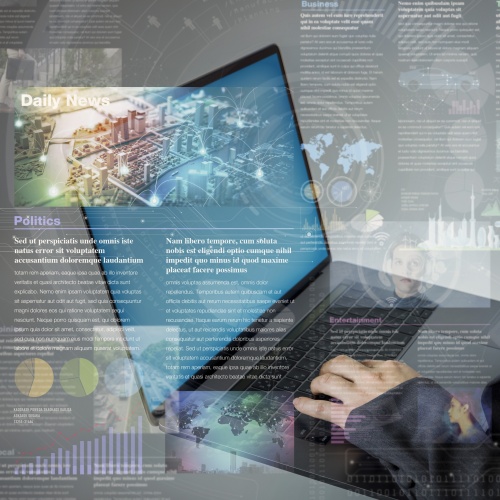 MSI-INF Committee of Experts on the Integrity of Online Information

Under the authority of the Committee of Ministers, and of the Steering Committee on Media and Information Society (CDMSI), the MSI-INF is instructed to draft a Guidance Note on countering the spread of online mis- and disinformation through fact-checking and platform design solutions in a human rights compliant manner by the end of 2023.

#UkraineFacts: fact-checking disinformation about Ukraine's invasion by the IFCN Signatories

Journalism in situations of conflict and aggression: principles from the relevant Council of Europe and other international standards 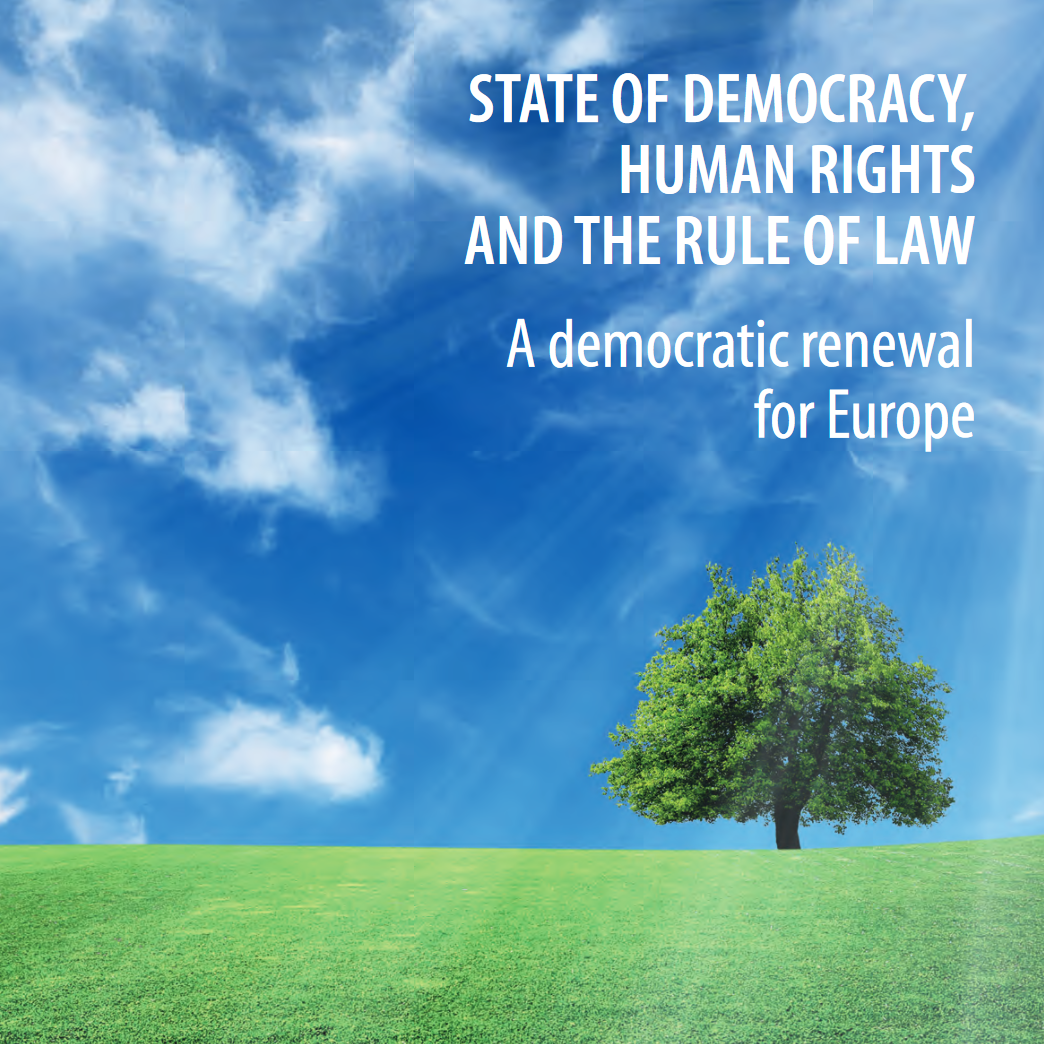 Report by the Secretary General Democracy, human Rights and the Rule of Law (2021) 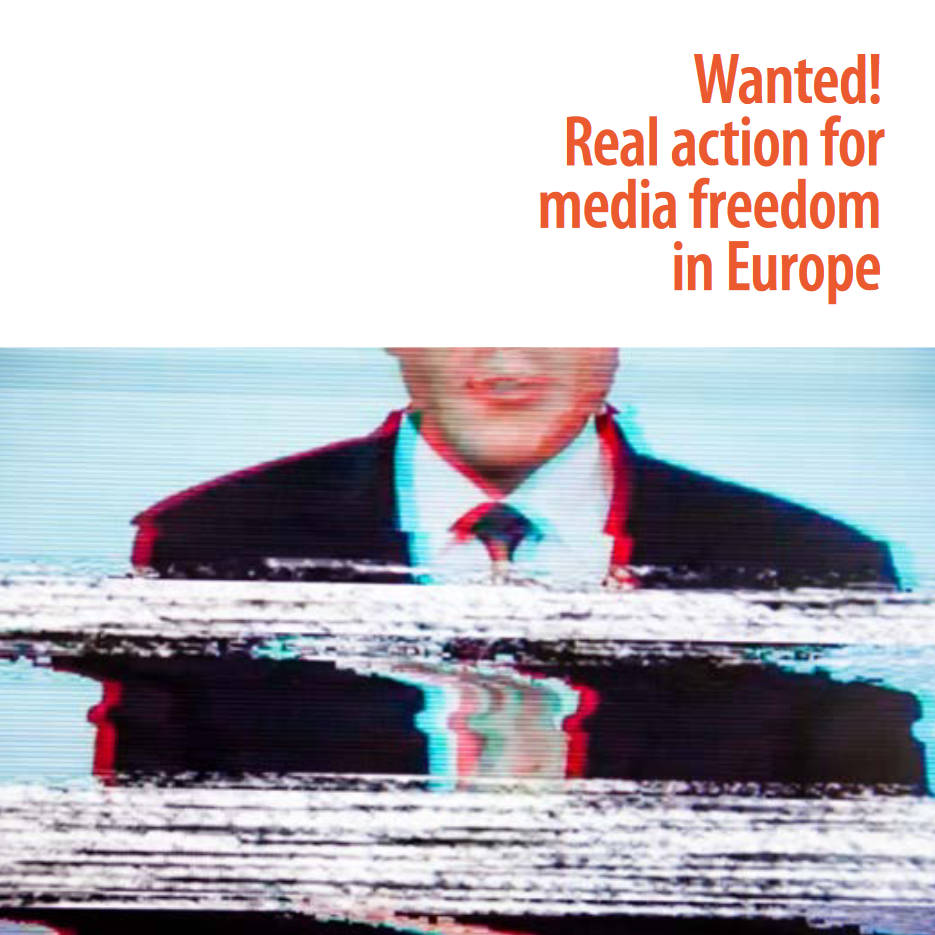 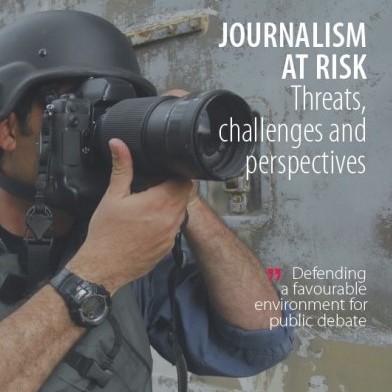 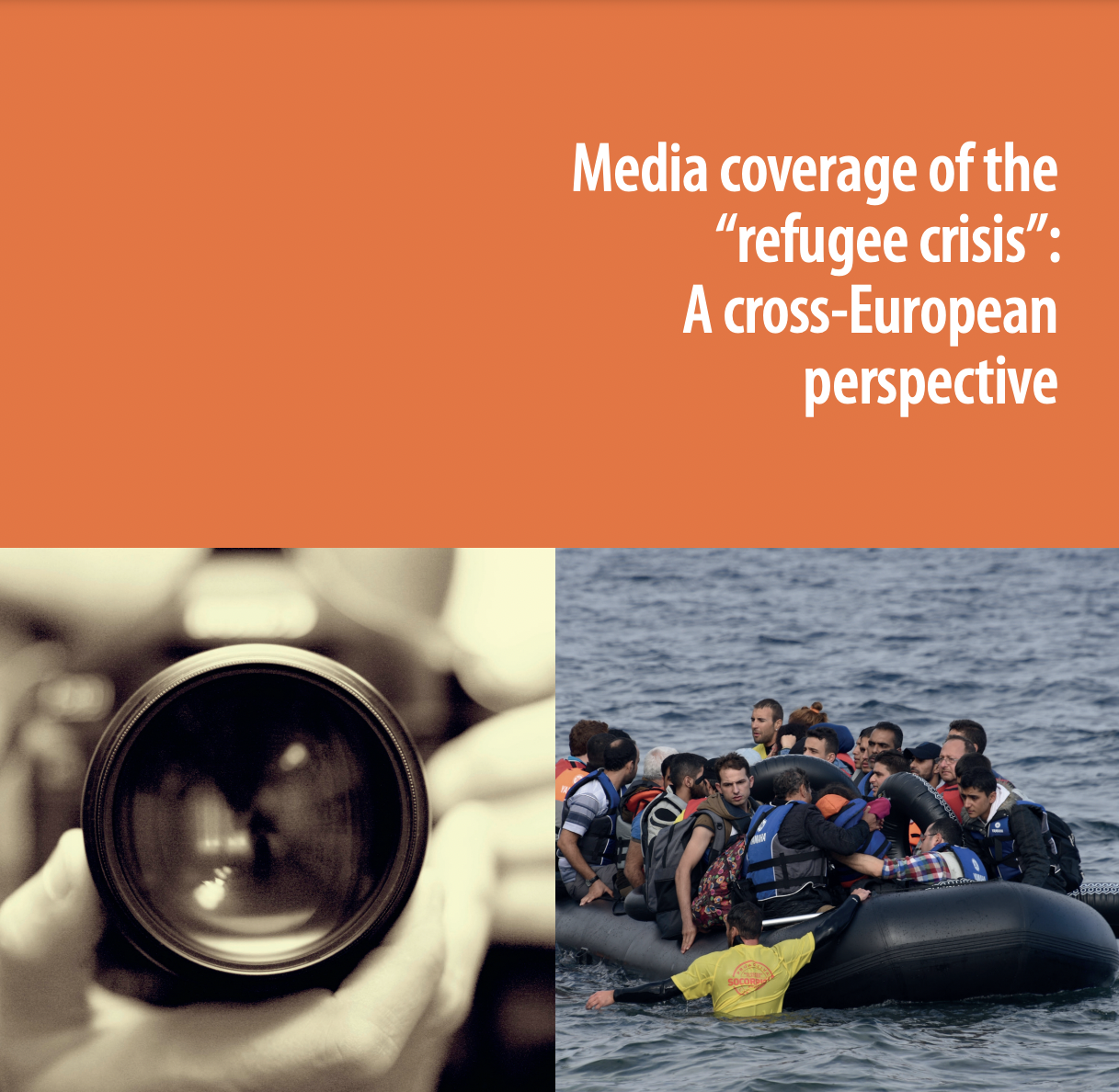 “Media coverage of the “refugee crisis”: A cross-European perspective” (2017)