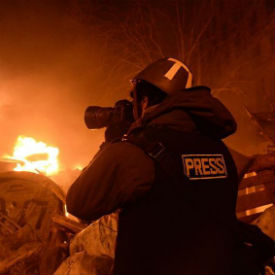 Freedom of expression and free flow of information are cornerstones of public debate and democracy. Being the watchdogs of these freedoms, journalists are crucial to the very functioning of our societies. Yet, freedom of expression and the safety of journalists are facing major challenges in Europe today. In many countries, journalists and other media actors are facing threats such as censorship, political and economic pressure, intimidation, job insecurity, abusive use of defamation laws as well as physical attacks. These offences are often committed in an intolerable context of impunity, which fuels recidivism and has a chilling effect on media freedom. Another danger for journalists and their sources comes from surveillance laws passed in some States under exceptional circumstances and often by resorting to extraordinary legal procedures, which may also lead to self-censorship in the media community.

On the basis of the European Convention on Human Rights and the European Court of Human Rights’ case law, member States have both negative and positive obligations to protect journalists. Not only must they refrain from intimidating political declarations or judicial practices against media actors, they also have the duty to actively grant them full protection of the law and the judiciary in order to create an enabling environment for their journalistic activities. To achieve implementation of the Council of Europe standards in all member States, a strong and specific legal framework is needed, along with an effective enforcement of the protection of media actors by the judiciary.

Report of the Secretary General of the Council of Europe

In his report “State of Democracy, Human Rights and the Rule of Law”, the Secretary General of the Council of Europe assesses the current level of protection of journalists and other media actors in member states according to specific criteria. The report annually identifies trends and provides specific recommendations. “Recent years have seen a decline in protections for journalists. This trend continues.” alerts the 2017 report.

Launched in April 2015, the Platform for the Protection of Journalism and Safety of Journalists collects and disseminates information on the most serious concerns about media freedom and safety of journalists in Council of Europe member states, in collaboration with a number of partner organisations. It sends daily alerts on physical attacks, detention and imprisonment of journalists, harassment and intimidation, impunity and other acts which have a chilling effect on media.

A number of studies and reports have been commissioned by the Council of Europe to shed light on particular aspects of journalists’ safety. 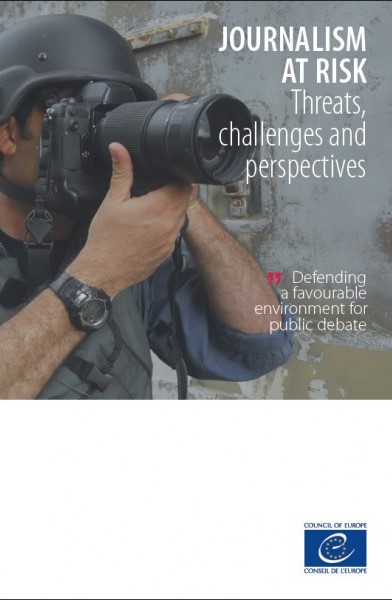 Issued in 2015, the “Journalism at Risk” study emphasized the rising death toll among journalists, physical attacks, acts of intimidation, judicial harassment, imprisonment, muzzling legislation, smear campaigns and abuse of financial levers. It equally underlined as challenges protracted investigations, media outlets being forced into becoming propaganda tools or shut down, new anti- terrorist legislation increasing media vulnerability to government control and pressures on journalists and their sources. It also underlined the widespread threat of police violence against those journalists who cover demonstrations. Finally, it indicated that defamation legislation was used to stifle dissent in many countries. 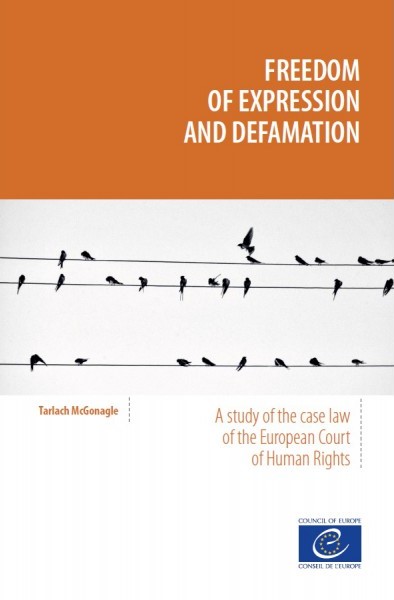 Freedom of Expression and Defamation

The “Freedom of Expression and Defamation” review, published in September 2016, examined the case law of the European Court of Human Rights. It explained how defamation laws that are overly protective of reputational interests and that provide for far-reaching remedies or sanctions can have a chilling effect on freedom of expression and public debate. 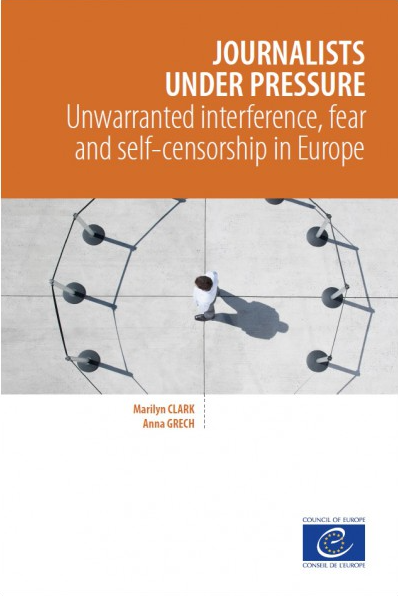 Issued in April 2017, the study “Journalists under pressure”, conducted among 940 journalists and other news providers in the 47 Council of Europe member states and Belarus, assessed the prevalence and impact of unwarranted interference on journalists. The survey documented extended attacks on the physical and psychological integrity of journalists, the harassment of journalists, the experience of impunity, threats to journalistic sources as well as measures and acts having a chilling effect on media freedom. The respondents indicated high levels of experience of unwarranted interference, fear of future experiences of interference and consequent self-censorship.

2 November: International Day to End Impunity for Crimes against Journalists

Seminar and Inter-regional Dialogue on the protection of journalists, 3 November 2014, Strasbourg

Round table on safety of journalists, 19 May 2014, Strasbourg

View all news - Safety of Journalists

In April 2016 the Committee of Ministers of the Council of Europe adopted the Recommendation CM/Rec(2016)4 of the Committee of Ministers to member States on the protection of journalism and safety of journalists and other media actors, indicating as alarming and unacceptable the level of current threats to journalists and media actors in Europe and providing specific Guidelines to member states to act in the areas of prevention, protection, prosecution, promotion of information, education and awareness rising.

Specifically, member states are required to put in place comprehensive legislative frameworks for the protection of the physical and moral integrity of journalists and other media actors. Appropriate criminal law provisions should be adopted to deter the commission of offences and all crimes against journalists should be effectively investigated to prevent impunity.

Moreover, in order to create and secure a favourable environment for freedom of expression, member states should afford journalists a broad scope of protection fundamental to the pursuit of their activities, such as protection of confidential sources, protection of news and information-gathering processes and editorial autonomy.

Other reference documents - Committee of Ministers

Declaration of the Committee of Ministers on the protection of journalism and safety of journalists and other media actors, 30 April 2014

Declaration by the Committee of Ministers on the protection and promotion of investigative journalism, adopted on 26 September 2007

Over the past decade, the Council of Europe Cooperation Programme has been implemented in over 20 projects in member states and partner countries promoting media freedom, including various aspects of journalist’s safety.

For example, an awareness raising conference on “Safety of journalists in Ukraine: ending impunity” was held in Kiev in October 2016 providing recommendations to the state authorities, journalists and media organisations.

In 2016 a special dialogue was established with national mechanisms to protect journalists, such as ombudsman institutions, press commissioners and non-governmental organisations in order to exchange good practices and strengthen national capacities to promote the safety of journalists. 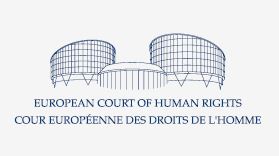