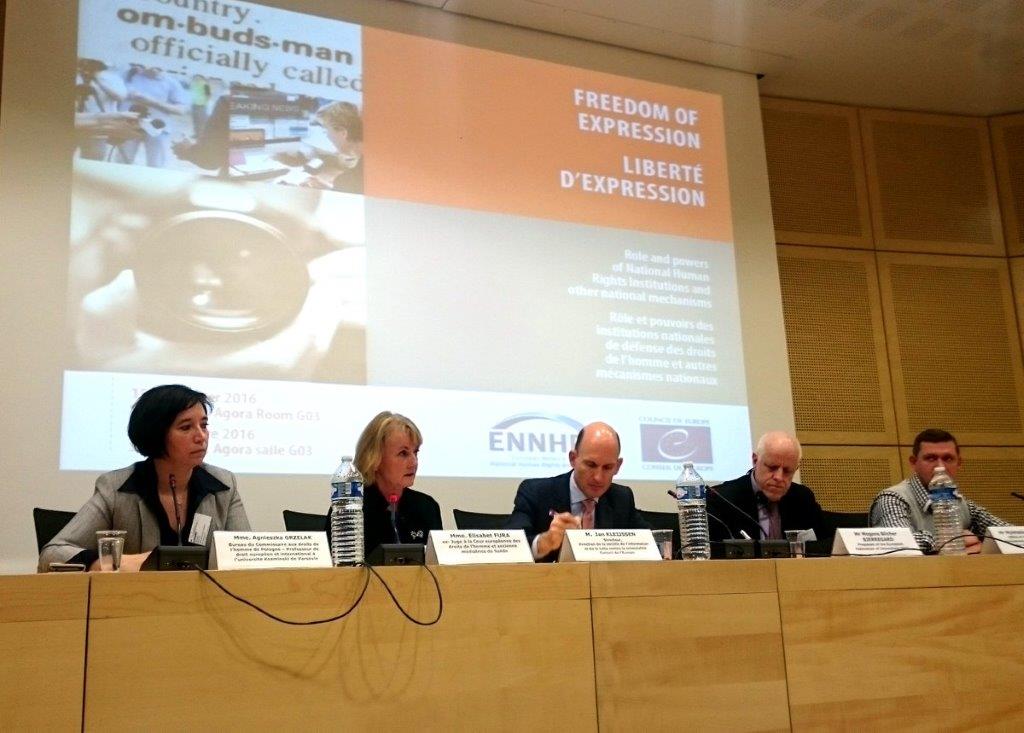 The Council of Europe and the European Network of National Human Rights Institutions (ENNHRI) are jointly organising on 15 December in Strasbourg a high level seminar to discuss the potential for co-operation to promote and protect freedom of expression and the safety of journalists in member states.

The seminar is a follow up to a proposal made by Secretary General Thorbjørn Jagland in his 2015 annual report to launch a two-year programme to support national mechanisms to protect journalists.

Journalists’ organisations are also participating, including the European Federation of Journalists (EFJ), the Association of European Journalists (AEJ), and the Committee to Protect Journalists (CPJ).