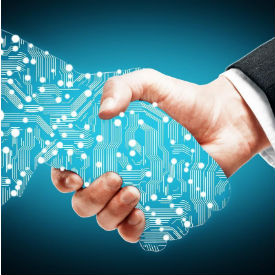 On 6 February 2020, five new companies and business associations, Element AI (now ServiceNow), ICCO, IEEE, Intel and RIPE NCC exchanged letters with the Secretary General of the Council of Europe, represented by Deputy Secretary General Gabriella Battaini-Dragoni, and hence formally associated themselves with the co-operation framework established in November 2017 to facilitate respect for democracy, human rights, and the rule of law on the internet.

On 17 November 2020, BT, IBM and The Internet Society were also welcomed as part of this partnership.