Mariupol - testimony of a journalist 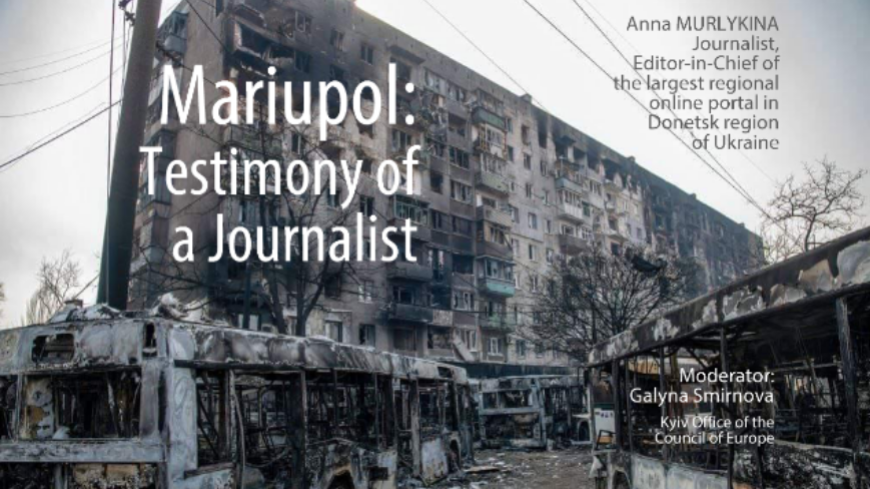 On 31 March 2022, 36th day of war in Ukraine, Anna Murlykina, a journalist from Mariupol will be giving a testimony from a place of war, in a webinar organised by the Group of Friends on the Safety of Journalists and Media Freedom in Strasbourg and the Council of Europe.

Anna Murlykina was born and raised in Mariupol. In 2008 she had become the Editor-in-Chief of the only independent media outlet of Mariupol at that time - the www.0629.com.ua portal. She has continuously worked at the portal since then, including during the events of 2014, trying to counter Russian propaganda.