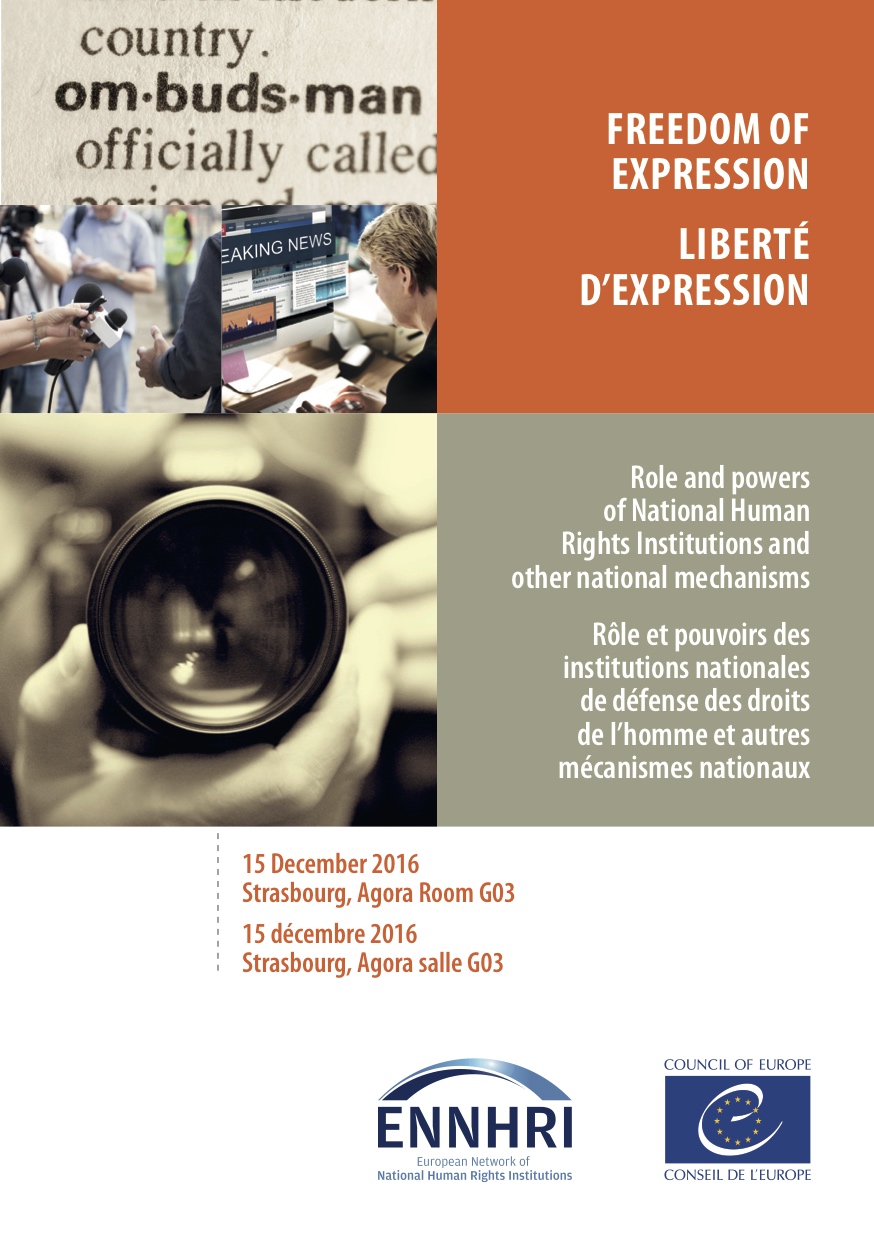 Robert Spano, Judge at the European Court of Human Rights - Freedom of expression and protection of journalistic sources

Freedom of expression –  role and powers of National Human Rights Institutions (NHRIs) and other national mechanism.

The Council of Europe and the European Network of National Human Rights Institutions (ENNHRI) organised a high level seminar as a follow-up activity to the SG’s report on the State of democracy, human rights and the rule of law in Europe 2015.

In his report, the Secretary General of the CoE proposed a two-year Europe-wide programme to support national mechanisms to protect journalists, such as ombudsman institutions, press commissioners and non-governmental organisations. The programme pursues several goals:

This Seminar is a first step to identify synergies between the work of the CoE and the ENNHRI in the promotion and protection of the freedom of expression. It was exploratory in nature and, with safety of journalists as a starting point, also focused on other aspects of freedom of expression. A first objective is to foster exchange of experiences and practices among participants, to identify common interests and concerns, as well as challenges to co-operation

Angelika Nussberger, Judge at the European Court of Human Rights - Freedom of expression and defamation